The Bearded Collie or ‘Beardie’ is a lean and active dog. Rectangular in outline being slightly longer than they are tall, with a long, harsh top coat that is never trimmed or styled but naturally parts down the middle. 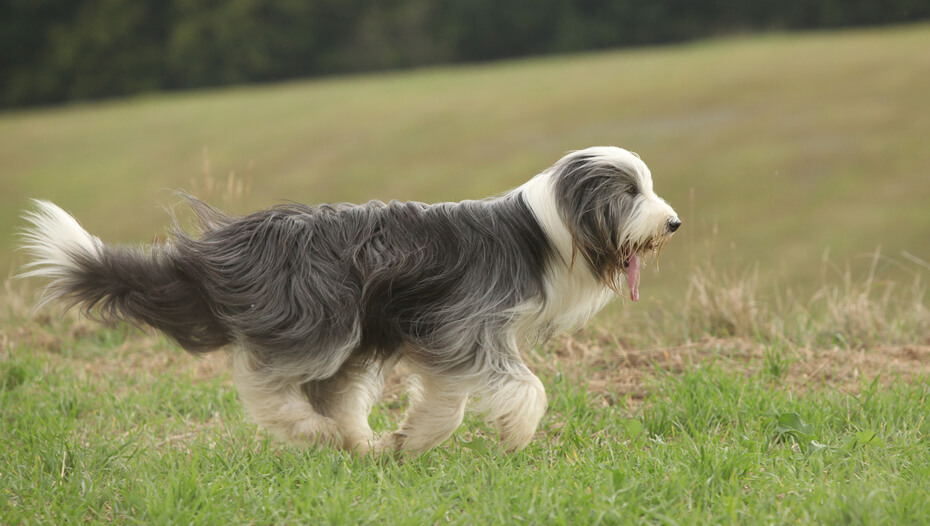 Affectionate, eager to learn and gentle, the Bearded Collie loves being around people, and being involved in all aspects of family life. Typically accepting of other dogs and household pets, they will welcome visitors with delight, and can be quite vocal in their greeting.

‘Enthusiastic’ is an excellent word to describe the Beardie, they approach everything in life with enthusiasm, and very much wear their hearts on their sleeves. 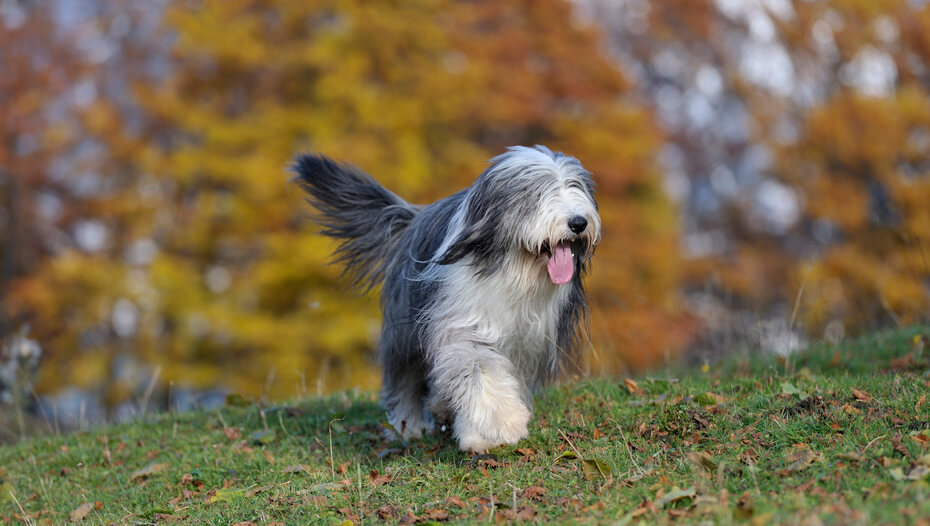 As with many working dogs, developed for function rather than appearance, there are a variety of origins for the Bearded Collie. They are however most likely a result of mixing local Scottish sheepdogs with three Polish Lowland Sheepdogs who were brought into the country by Polish sailors in the 16th century. The Beardie quickly became an effective working dog, and unlike other collie types who herd, the Beardie’s particular role was as a droving dog, driving animals long distances from the highlands down to market towns, over sometimes very long distances indeed.

The Bearded Collie was, and remains, an adaptable, clever and hard working dog, capable of independent thinking and extreme endurance.

As with many breeds, the Bearded Collie can suffer from hip and elbow dysplasia (joint conditions that can be painful and lead to mobility problems) and hereditary eye disorders. Eye testing and hip scoring of dogs prior to breeding is therefore important.

Under the glorious coat of the Beardie there lies an active dog, who will enjoy at least an hour’s exercise, ideally much more per day. This applies no matter the weather, in fact under that coat the Beardie will be unaware of anything but the vilest of conditions, so be prepared to get wet and muddy. An adaptable and intelligent breed, the Bearded Collie will enjoy whatever activity you have in mind, as long as they can come too.

Whilst not a particularly large dog, the Bearded Collie’s coat collects and holds a lot of water, mud and detritus, so space for a dog to dry off and space to groom is necessary. A large secure garden would be best and access to a variety of rural walks, with space for free running a must. This is a country dog at heart and better suited in the suburbs or countryside rather than city or town.

Your dog's diet needs to have the right balance of all the main nutrient groups including a constant supply of fresh water. It's also important to conduct regular body condition scores to ensure you keep your dog in ideal shape and remember to feed him at least twice daily and in accordance with the feeding guidelines of his particular food.

Grooming the Bearded Collie is really something you need to enjoy as a hobby in its own right. They have a coat that must be brushed through daily, right down to the skin, a task that can take several hours. Bath days are just that, days! A full wash, brush out and dry for a Bearded Collie is a whole day’s activity and this is something you must train your Beardie to enjoy and relax for, from a very early age. Beardies don’t shed very much, but as a result of the heavy double coat, what they do shed remains trapped next to the skin and will easily form mats, particularly when wet to the skin.

Although the coat will if left to dry, shed mud and dirt with a good brush through, the drying process takes some time and must be done properly after every wet walk or rainy trip to the garden.

The Bearded Collie while not having quite the mental agility of the Border Collie, is still a clever problem solver, who will enjoy training using reward-based methods, and can do very well in dog sports and activities.  They love working with their owner and this means they are a joy to train – although they can be very vocal about it!

The Bearded Collie can make an excellent family pet for those willing to put in the work to meet their exercise and grooming requirements. Keep in mind this is a pastoral breed and their natural inclination is to keep other animals in a group and keep them moving, so are perhaps better with older children. A Bearded Collie makes no distinction between cattle, sheep or toddlers – all will be gathered, and moved around!