The English Springer Spaniel is a compact, medium-sized active dog with long ears set close to the head. They have a kindly yet alert expression, and a straight, medium length coat, feathered around the ears, legs and tail. 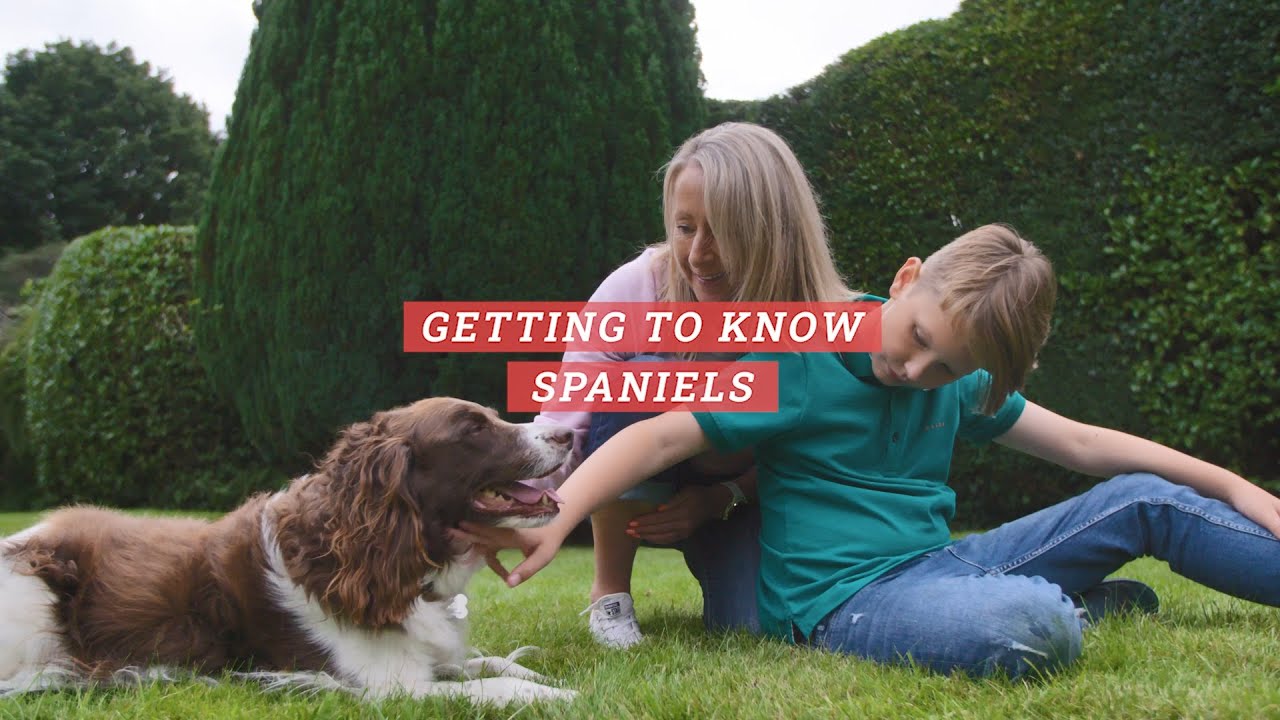 Find out what it's really like to live with this bright, loyal, and energetic dog breed in our video guide with expert insight and advice from Carolyn Menteith, dog trainer and behaviour consultant.

Naturally a busy, extroverted type, the Springer Spaniel is friendly, quick to learn and eager to please. Show varieties can be less active and appear calmer than working types, however all retain the desire to find items and carry objects in their mouths.

If their needs are understood and met, they make great companion dogs for the active outdoor family.

The Springer Spaniel name comes from their action in the field, ‘springing’ game out of cover toward waiting guns, however the English Springer Spaniel also has a long history of retrieving shot game, making this an ever popular working breed, able to turn a paw to multiple tasks and with the required stamina and athleticism to see them through a long working day.

Originally derived from similar breeds in Spain, the English Springer Spaniel remains closest to the ‘Land Spaniel’ prototype which eventually became refined and split into the other popular British Spaniel breeds.

English Springer Spaniels are generally a hardy breed. However, as with many breeds, they can suffer from various hereditary eye disorders, and hip and elbow dysplasia (joint conditions that can be painful and lead to mobility problems). Eye testing and hip scoring of dogs prior to breeding is therefore important. A particular type of anaemia is also seen more frequently in the breed.

This is an energetic, outdoor dog, with plenty of stamina for either work or play. Several hours exercise per day is required although some of this should take the form of mental stimulation via scent games and retrieve work to help exercise this working dog’s busy mind and body.

They will enjoy being involved in family activities, and should be taught to settle quietly from a young age, avoiding the temptation to try to exhaust them – a task that will never be fulfilled!

English Springer Spaniels are economical dogs when it comes to housing and transportation and don’t need a large indoor space, but are happiest when wet and muddy in the middle of the countryside. As such, these are very much rural dogs that will need long energetic walks with plenty of opportunities to run, sniff and explore.

The body coat of the Springer Spaniel is flat or wavy and of medium length, and the ears, chest, legs, tail and under carriage have moderate feathering. As a result of this feathering some amount of grooming is required. Some trimming will be necessary around the head, feet and ears. Extra grooming is required especially after a day out in the undergrowth, as the coat can and will pick up all sorts of twigs and grass. Pay attention to ears and between paw pads, as these areas can easily pick-up grass seeds and other foreign bodies.

This is a breed who will actively enjoy training, whether in traditional gundog activities or any of the wide variety of dog sports and activities now available. They lend themselves well to scent work of any kind, and would enjoy tracking, man-trailing or scent discrimination. Springers are still very much working dogs at heart and so need a ‘job’ to do – whatever that is – as a bored Springer Spaniel is difficult to live with.

Responding best to positive, reward-based training, English Springers should be taught early on to retrieve and swap found objects happily, and to recall reliably as their busy noses can lead them anywhere.

The Springer Spaniel is a friendly affectionate dog who is great for an active outdoorsy family, who aren’t afraid of mud and rain and love long country rambles. For less active families however they may be too demanding in their exercise requirements and while they would be happy to curl up in the pub after a long walk, they are certainly not a couch potato on a daily basis.

While many dogs are traditionally thought of as being good with children, all dogs and children need to be taught to get on with and respect each other and be safe together. Even so, dogs and young children should never be left alone together and adults should supervise all interactions between them.