The Finnish Lapphund is a medium-sized dog with a robust build and coat designed to cope with the harsh, icy conditions of Lapland. A squarely built dog capable of galloping, they show the typical spitz features of pricked ears and plush tail that curls over the back. 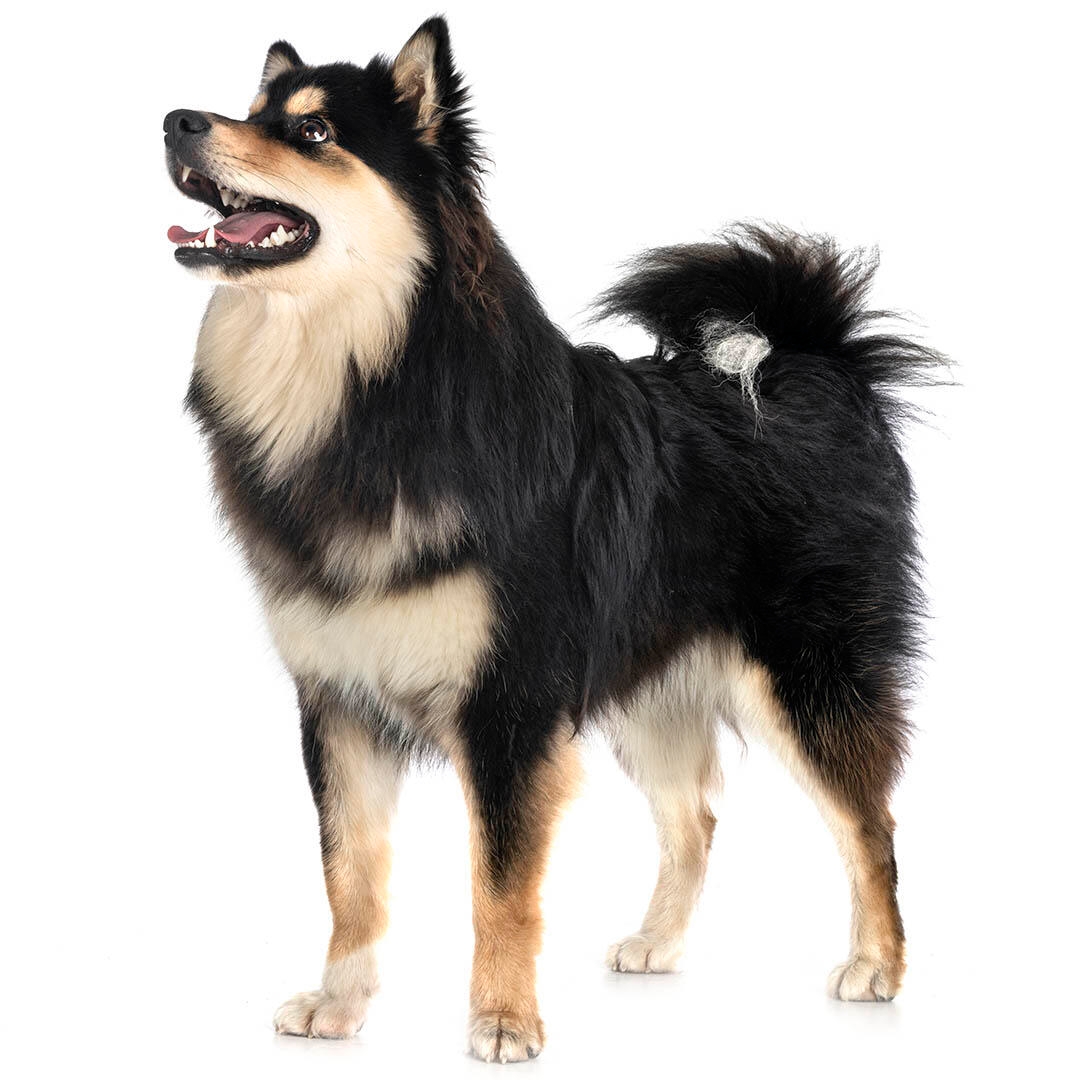 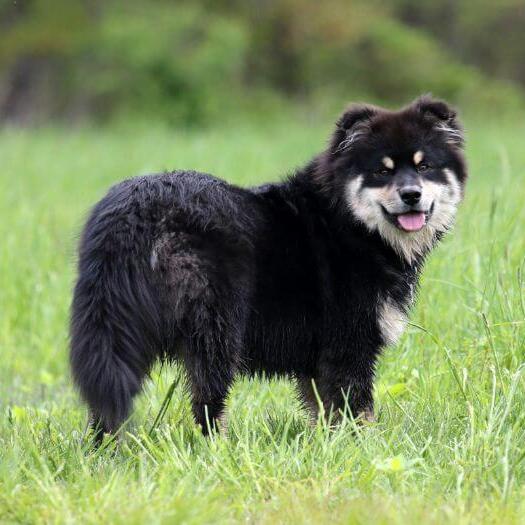 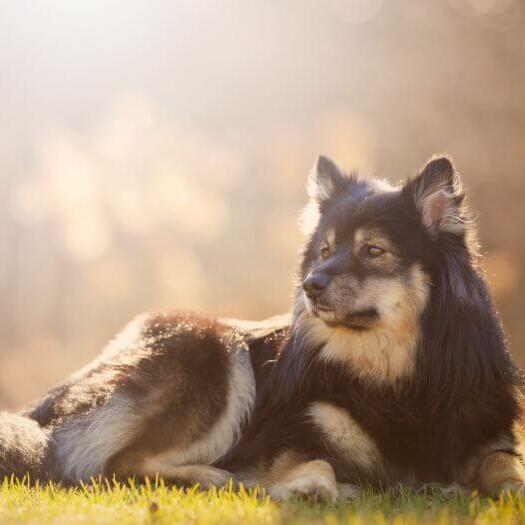 The Finnish Lapphund can occasionally suffer from:
- Hip dysplasia
- Progressive retinal atrophy which is an inherited disorder where part of the eye degenerates and wastes away which can result in blindness.

Keen to work with their owners, the Finnish Lapphund retains a strong herding instinct and is an instinctive hunter outdoors. At home they are alert yet calm, affectionate and loyal. Not as noisy as some spitz types, they will still require some effort put into training to stay quiet as they are naturally inclined to alert to anything they perceive as novel or suspicious.

Whilst it is clear from archaeological records that the region and people of Lapland have for centuries lived and worked alongside a medium sized arctic spitz type, exact details are unknown. Little written information exists and that which does is written in Laplandic dialect that is now almost impossible to translate. We do however know that the Lapphund worked with the semi-nomadic Sami people of Lapland (a region covering the north of Finland and bordering Sweden and Norway), herding reindeer and likely performing hunting, watchdog and guarding dog roles, as well as companion dog duties.

With the damage done to Lapland during the second world war, and then the invention of the snowmobile, Lapphunds are rarely used for reindeer herding today - although some still do. Built to gallop, the Finnish Lapphund often works alongside the shorter-legged Lapponian Herder, another native breed of the region. Recognised by the Finland Kennel Club in 1945, they were not included on the Import Register by the UK Kennel Club until the late 1980s.

Finnish Lapphunds require someone home most of the day, capable of lots of walks and training and prepared to work on teaching the Lapphund to regulate their voice – this is a noisy breed! You’ll also need to be keen on grooming and vacuuming your home as like all Spitz types, they shed! Best for those with experience of Spitz types, this is an all-rounder who needs jobs to do, and an owner willing to provide them!

The Finnish Lapphund ideally requires two hours exercise per day, although some of this can be in the form of training and dog-based sports or activities. This is an active breed and they can turn a paw to a variety of canine hobbies such as agility, canicross, man-trailing and more. Not a dog to leave idle, their independent and problem-solving mind will lead them into (often noisy) trouble if you do!

The Finnish Lapphund is not demanding on space, however this is a dog bred for arctic conditions so if you like a warm stuffy home, and aren’t keen on the outdoors or doors being open all day, they may not be for you.

The coat is weatherproof but may pick up considerable amounts of wet and mud, so space to groom and dry off is necessary. A secure garden of a decent size, and access to interesting and varied walking routes are essential.

Given their alert, watchdog nature and desire to herd and hunt, a rural environment will suit the Lapphund better than a city location.

The double coat is made up of a long, straight top coat, which is shorter on the head and the front of the legs, and a thick, soft undercoat. Males have a 'mane' of thick hair around their neck and chest. The coat will need grooming a couple of times a week, but daily grooming may be necessary when shedding.

The Finnish Lapphund will actively enjoy training for its own sake - and fun, engaging training in a variety of games and hobbies will keep them amused and entertained. Pay particular attention to teaching a strong recall to avoid hunting and herding instincts getting them (and you!) into trouble. Teach them to be quiet on cue and socialise well from an early age to avoid them becoming a barky nuisance.

Great for families with older children but keep in mind their desire to herd and propensity towards barking, a noisy family with very small children may find the addition of a barking dog insistent on rounding up toddlers rather stressful. For older children and teenagers who want to participate in training and dog sport, the Finnish Lapphund can be an excellent companion.