Old English Sheepdogs are distinctive the world over thanks to their appearance in advertising campaigns, with their long, shaggy coats covering thickset bodies. Their eyes appear to be totally covered but their vision is never impaired. 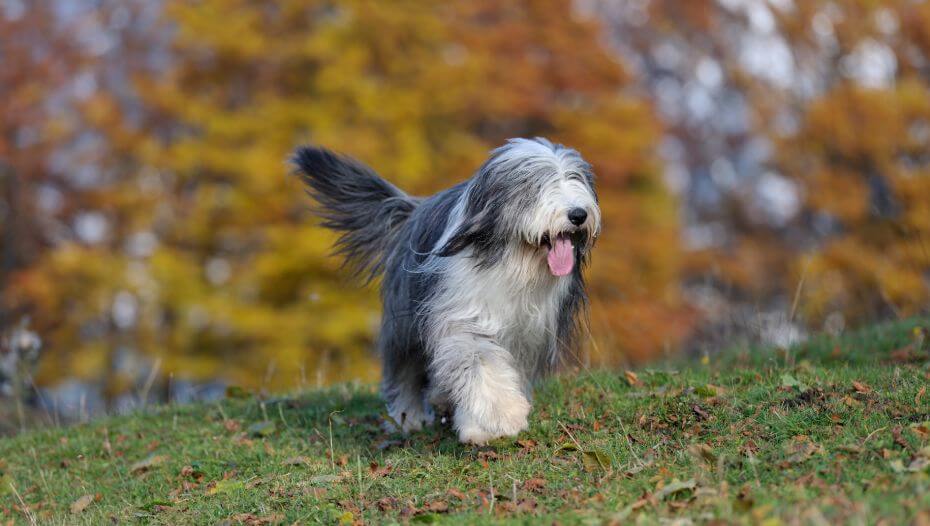 Old English Sheepdogs are cheerful extroverts and are popular family companions. They are known for being intelligent, loving, watchful, faithful and protective. They are fearless and make excellent watch dogs, especially with their resonant bark. They can be overly boisterous however and need plenty of exercise, training and grooming. 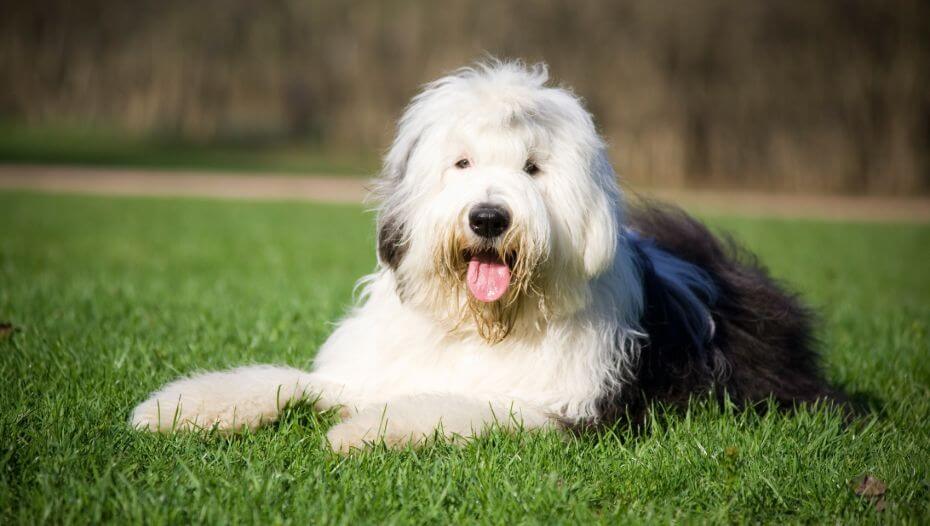 Despite their name, the Old English Sheepdog isn’t that old and wasn’t historically a sheepdog! They were mostly used as drover’s dogs, employed to help move cattle and any work they did with the sheep was purely part time.

They were created in the late 18th century by crossing existing drover’s dogs with the Bearded Collie and possibly also some of the European breeds such as the Bergamasco. They were often known as Bobtails because they were traditionally docked as a tax avoidance scheme. Working drover’s dogs were exempt from taxes and so they were marked and ‘disabled’ in this way - whereas true sheepdogs needed their long tails to help with their complex and athletic sideways movements.

The Old English Sheepdog also helped with guarding duties and even sometimes worked as hunting retrievers. They would be shorn with the sheep every year and their ‘wool’ used in clothing. Today however they are almost exclusively companions and show dogs.

As with many breeds, the Old English Sheepdog can suffer from various hereditary eye disorders, and hip dysplasia (a condition that can lead to mobility problems). Eye testing and hip scoring of dogs prior to breeding is therefore important.

Old English Sheepdogs need owners who are dedicated to giving them a lot of exercise and also an outlet for their need to play and be a part of everything. They need around two hours exercise every day come rain or shine (which given their huge coats isn’t as easy as it sounds) and plenty of enrichment and interactive toys.

This is a big dog who loves country living and so owners need a fairly large rural house and garden. An outside warm shower is also helpful!

Large breed dogs, as well as having large appetites, benefit from a different balance of nutrients including minerals and vitamins compared to smaller-breed dogs. The Old English Sheepdog breed is prone to bloating and stomach problems; smaller, more frequent meals can help minimise this risk.

You have to seriously enjoy grooming to own an Old English Sheepdog.

When Old English Sheepdog puppies shed their adolescent coats, it’s imperative that you spend the necessary time to ensure the old coat does not become matted with the new one. If left for any length of time, the coat can become so matted that the only solution is to clip. Owning one is extremely hard work and time-consuming: they constantly shed their coats, their pads must be checked after every outing to ensure nothing is stuck to the hairs and due to all that hair, they can also be prone to dirty back-ends which may need routine cleaning.

The Old English Sheepdog is a fun dog to train and can become surprisingly obedient. They need early socialisation and ongoing training as they can become very boisterous and also be suspicious of strangers. They can excel in scent work and they love a chance to use their noses. Like any large, strong dog they should be taught a reliable recall and to walk well on a lead.

Old English Sheepdogs can make great family dogs, although they are probably too boisterous for small children.