The Cardigan Welsh Corgi is a short, sturdy dog, that is set low to the ground. Their straight, medium or short coat is waterproof. They have a fox-like brush for a tail, and their head has the look of a fox also. They are much longer than they are tall. 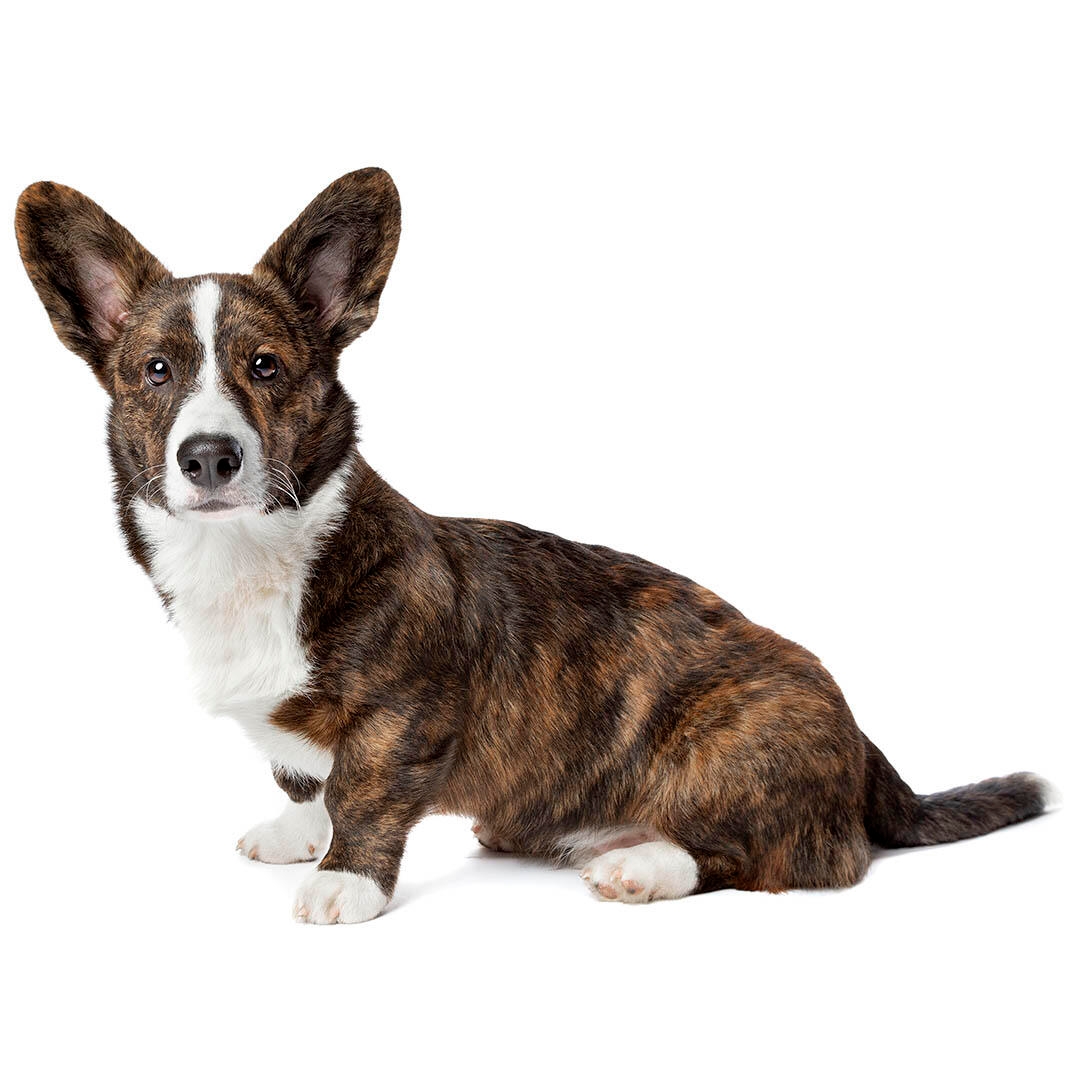 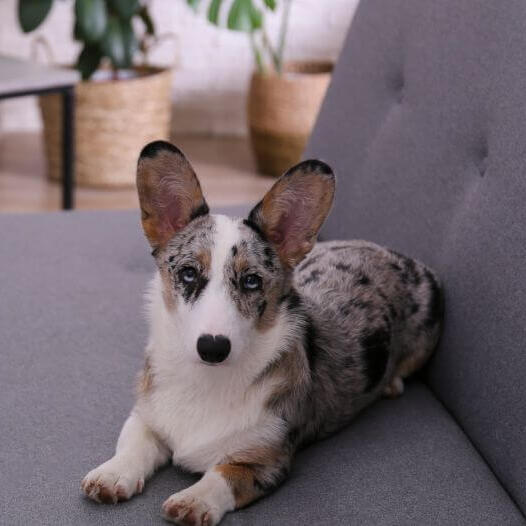 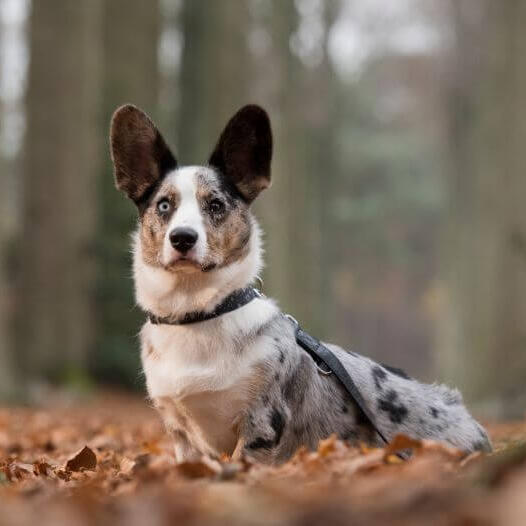 The Welsh Corgi breed can be prone to:
- Progressive retinal atrophy which is an inherited disorder where part of the eye degenerates and wastes away which can result in blindness
- Retinal pigment epithelial dystrophy and congenital stationary night blindness are both slightly different inherited eye conditions in the Briard breed and both cause loss of vision generally and in low light respectively.

Priority Kennel Club health schemes and testing:
- DNA test for progressive retinal atrophy which tests whether or not a dog has the potential to be affected by this condition
- Eye screening scheme

Devoted and affectionate to their owners, they can sometimes be fairly disinterested in strangers. Generally obedient and active, and while small in height they should be considered a larger dog on very short legs rather than a little dog! Bold and outgoing, friendly and loyal, they make excellent watchdogs and suit an active home. Keep in mind their livestock driving ancestry, which has been known to mean groups of people, particularly children, are herded together regardless of their wishes!

The Cardigan Corgi is a long, low, cattle herding dog, thought to have been brought to Wales by the Flemish weavers and may have been in the UK from as early as 1200BC. Their job originally was to drive cattle from one location to another and then guard them at night - a job which requires a strong character and a great deal of stamina. The cattle they would have worked would be small, feisty hill cattle, and the distances involved could take days to cover so make no mistake this is a hard worker! Originally considered one breed, the Pembroke and Cardigan Corgis were split and recognised separately in 1934. While both types come from south-west Wales, the homeland of the Cardigan is further north.

Bred to walk or trot miles and be willing to deal with stroppy cattle, the Corgi has plenty of stamina. An hour’s exercise per day at the very least, ideally more, will suit the Cardigan well. If you have nothing for your Corgi to herd, consider activities such as ‘Treiball’ where the dog herds large inflatable exercise balls.  While a Corgi won’t make a great running partner, they will ideally suit those who enjoy long steady country walks or rambles.

Cardigan Corgis don’t require a huge amount of space, but a secure garden is important as they are more than capable of digging under fencing or squeezing through small gaps. Due to their long body and short legs, they should avoid using stairs as puppies and only use them minimally as adults. Suitable for town or country but remember they will alert vocally and loudly to anything they consider you might need to know about so they may not suit homes where there are close neighbours.

The coat of the Cardigan Corgi is of short or medium length, straight and waterproof with a dense undercoat. This coat needs a small amount of time spent on grooming – about twice a week - just to remove any loose and dead hairs. If they have been out in the mud then it is easy to remove the dirt once it has dried.

With the right motivation of treats, toys and opportunity to herd things the Corgi can be a fun dog to work with. A sense of humour is required and their short-legged, long backed physique will rule out some activities, but they have excellent brains, which need to be kept occupied with a variety of training games and puzzles.

While a good family dog with older children, the Cardigan Corgi is inclined to herd, and to nip at the heels of anyone who doesn’t wish to be herded. This can cause issues with small children who won’t understand or be able to react appropriately – or with those who tend to be over-active and run about a lot! Otherwise the Cardigan Welsh Corgi can make an excellent family pet for those with dogwise children and a suitably active lifestyle.

In the Welsh language the Corgi was called Ci Llathaid which mean it was a ‘yard dog’. This didn’t refer to its work as a farm dog but instead indicating it was a yard long from its nose to the tip of its tail.