The breed stands out for their unique spotted coats, which are short, sleek and glossy. The Dalmatian's outline is square, showing them to be well-balanced, strong, muscular dogs. They make great company dogs, especially for active families. 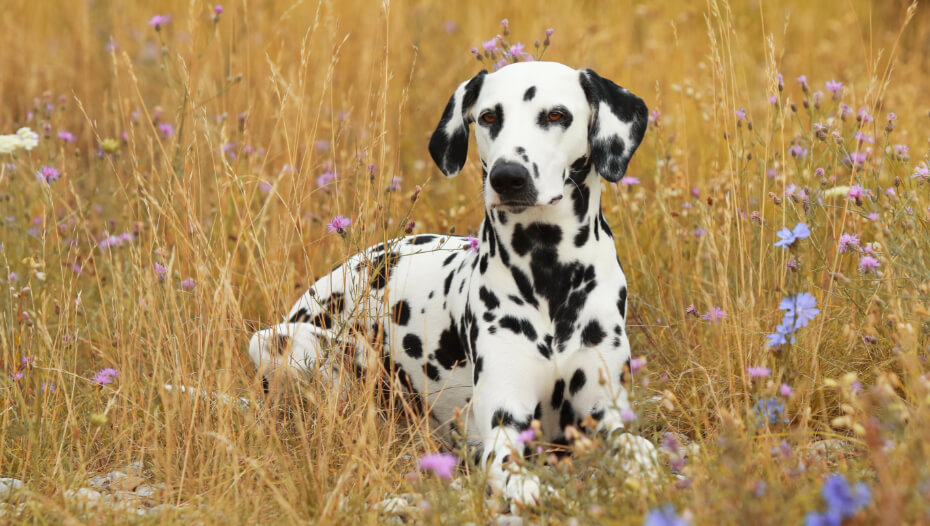 The Dalmatian is friendly and outgoing, but if they are insufficiently exercised they can become hyperactive and difficult to live with. Dalmatians are dedicated and loyal and always want to please; they enjoy company and clowning about so can make great dogs for an active family, however, their strength and stamina - and need for almost endless exercise and stimulation - can sometimes be too much of a challenge for unprepared owners. 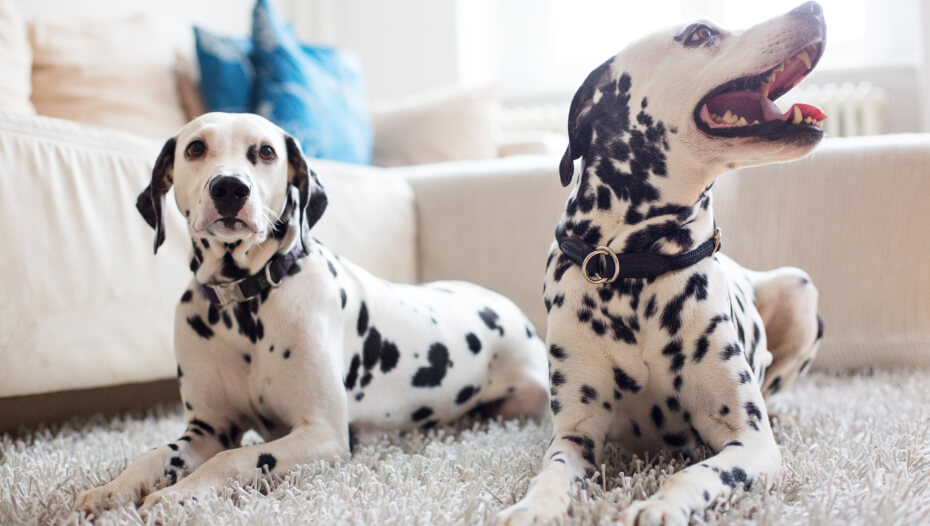 Despite their name, it would seem that the Dalmatian is primarily an English breed with their first recorded use being by Thomas Berwick in 1791. Also known as the Spotted Coach Dog, not only are they the only truly spotted breed in the world, but they are also the only dedicated carriage dogs, bred to run alongside coaches either as a guard or a status symbol.

Dalmatians would accompany farmers’ wives and their pack ponies to market to ensure her safety. They were so good at this job that they began running alongside carriages to deter highwaymen - but as they were so showy they quickly became status symbols for the wealthy. They also found work running alongside horse-drawn fire engines. Their history may account for their reported affinity with horses.

Deafness is the most common health problem within the Dalmatian breed, but dogs can be tested for deafness from a young age. They are also predisposed to a certain type of bladder stone.

This is a dog who was bred to run - all day, every day - and for most Dalmatians, this is their greatest joy. Couch potatoes need not apply! Dalmatians will need upwards of two hours of dog exercise every single day come rain or shine - and this needs to include free running. An under-exercised Dalmatian is difficult to live with. For an active owner however, the Dalmatian is a total joy as they will be up for every outing and will accompany even the most extreme fitness fanatics wherever they want to go. As with all dogs however, take care not to over-exercise puppies.

The Dalmatian is a large dog with extreme exercise requirements - and so needs a rural location and plenty of space.

Your dog's diet needs to have the right balance of all the main nutrient groups including a constant supply of fresh water. It's also important to conduct regular body condition scores to ensure you keep your dog in ideal shape and remember to feed him at least twice daily and in accordance with the feeding guidelines of their particular food.

Because of their short and hard hairs, the Dalmatian breed does not require much in the way of dog grooming. Once a week run a grooming mitt over their coats to remove dead hairs, finishing off with a soft cloth to promote shine. They do shed however and you will find that their hairs seem to be stubborn to remove from furnishings and so covers may help.

Dalmatians need plenty of early and ongoing dog socialisation, and also training to walk on a lead and harness. Also, as they need lots of free-running, owners must work to ensure they have a reliable recall. Most Dalmatians are easy to train as they enjoy working with their owners - although their exuberance sometimes means they can have a short attention-span!

As long as they get the exercise they need, the Dalmatian can make an excellent addition to an active energetic family - but they may be too boisterous for younger children (and few parents of younger children have the time to devote to their exercise needs).