The Skye Terrier is a long-bodied, low to the ground dog of robust build and a long, hard, straight coat. Ears may be pricked or dropped. 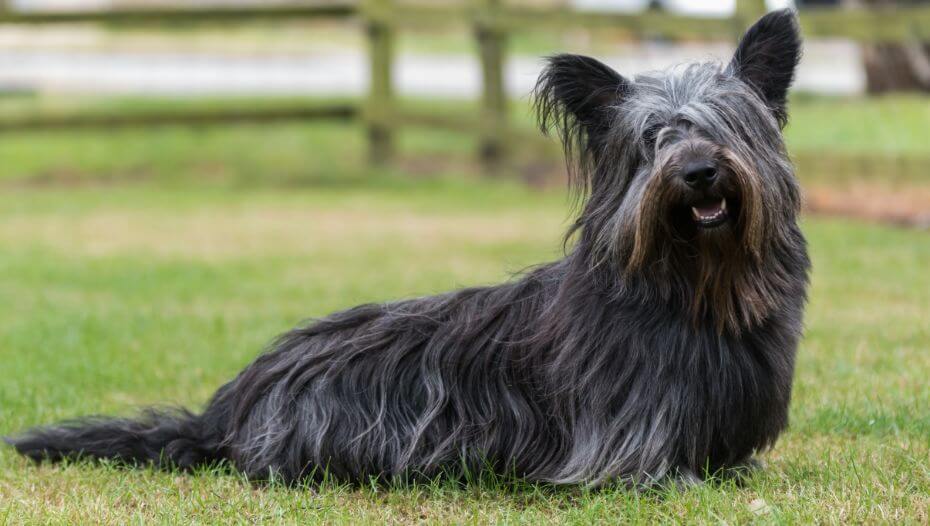 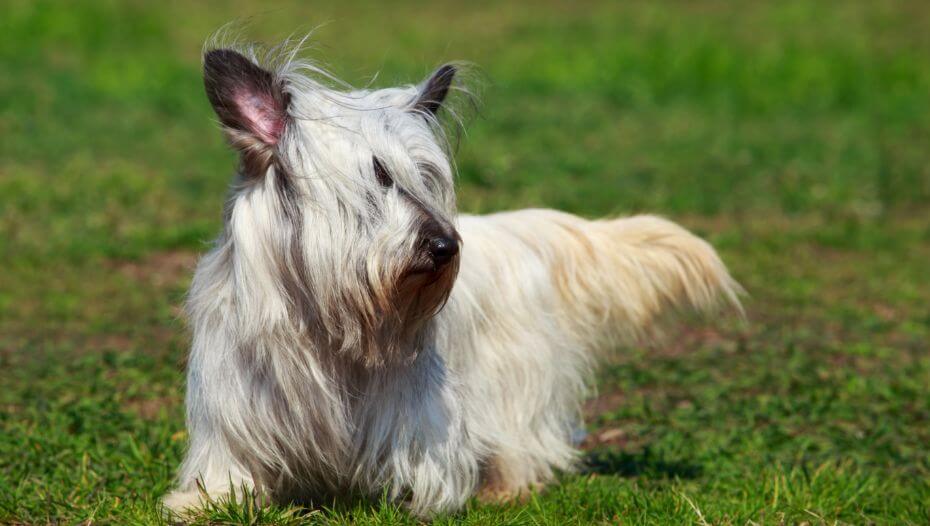 Originating in the rugged Western Isles off Northern Scotland, the Skye Terrier takes its name from the Isle of Skye, where their tough, tenacious nature and short legs allowed them to go to ground after their quarry.

Once Queen Victoria acquired a Skye Terrier in 1842 however, this breed’s popularity as a show-dog and companion increased dramatically, and as a result the breed was altered physically. They became longer, heavier and a more profuse coat was encouraged, but the terrier characteristics, a ‘never say die’ attitude and a strong belief that they are far bigger than reality remains to this day.

The most common health problems encountered in the Skye Terrier is a forelimb bone problem that occurs in growing puppies. Like other breeds with short legs and long spines they are also predisposed to spinal disease.

About an hour per day in exercise should keep the Skye Terrier happy. They are however quite inclined towards laziness as long as they’ve had a walk, an opportunity to sniff and some training and games to exercise their mind as well as their body.

Although on paper this appears a small dog, due to their length, weight and amount of coat, they would be better with more space and limited stairs. Room for grooming and dealing with a wet dog after walks or baths is important, and a secure garden with a fence that cannot be squeezed through or dug under essential.

The Skye Terrier can live anywhere within reason, however they are a vocal breed inclined to guarding and alerting to sounds, so inner-city living may prove too stressful for both the dog and your neighbours.

The double coat consists of a short, soft undercoat and a hard, straight topcoat that should be long without affecting the dog's movement. Grooming the coat two or three times a week will prevent tangles and mats from forming. Do check the coat particularly around ears and paws after walks, as it can collect an impressive quantity of debris!

The Skye Terrier is more than capable of achieving a good basic level of training, if you understand how to motivate and engage them, however this isn’t a dog who demands hours of mental stimulation.

Positive reinforcement training using food and toys will get the best out of this dog. Focus on a good recall and socialisation around children, other pets and livestock. This is a heavily coated breed and so early work on teaching a Skye Terrier to stand for grooming, bathing and drying is essential.

With training and sensible older children, the Skye Terrier makes a good family pet, as long as everyone understands a terrier’s nature. Not ideal with smaller children due to the Skye Terriers long back and short legs which put them at higher risk of injury should a child trip or accidentally fall on the dog.