The St. Bernard is a true giant of the dog world, and everybody recognises this legendary life-saving dog with his massive jowled head, gentle eyes, and short thick orange and white coat. These are muscular dogs with powerful, imposing heads, and are capable of covering very rough ground with unhurried, smooth movements. 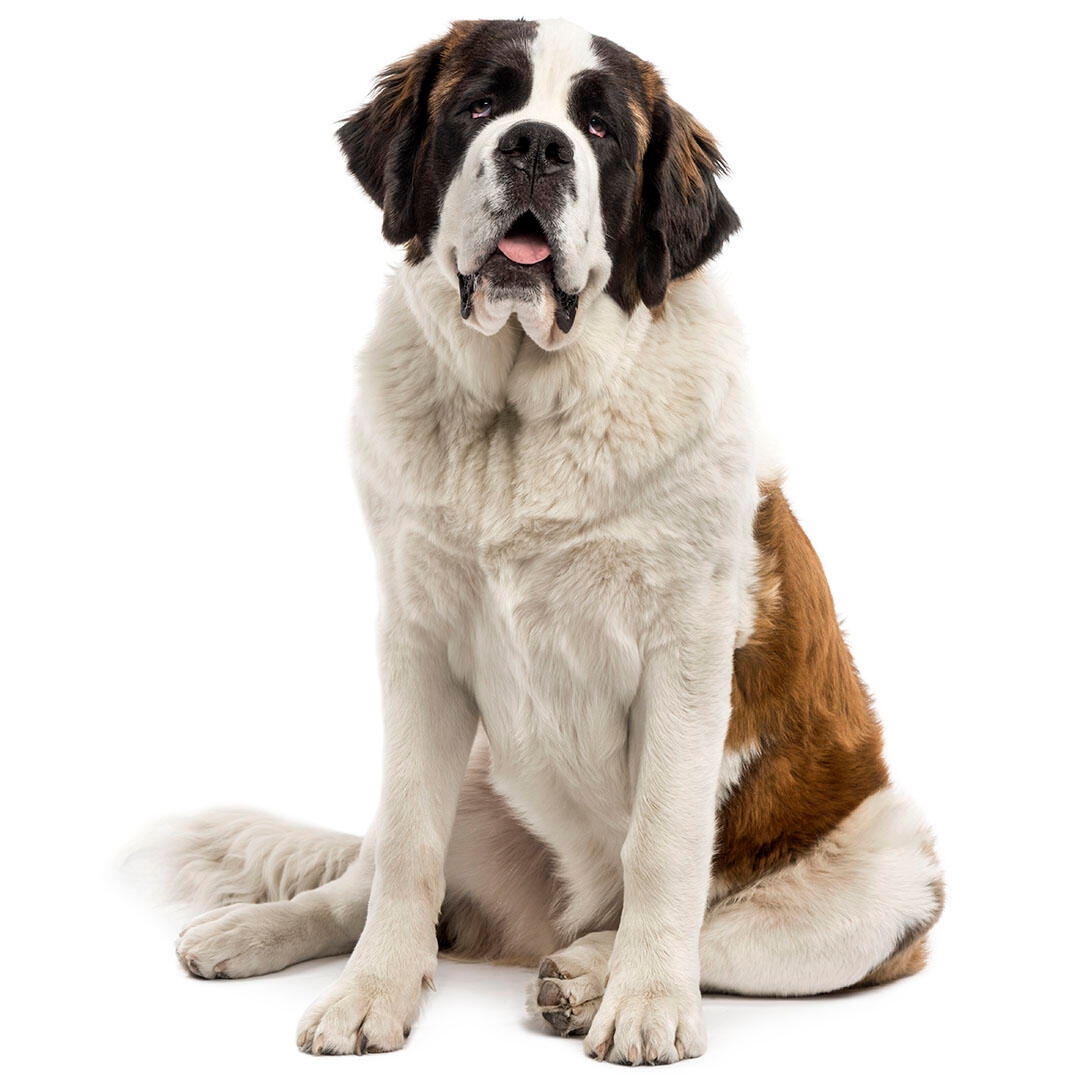 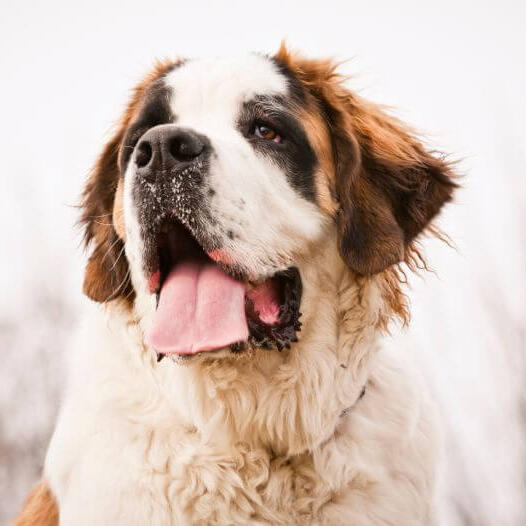 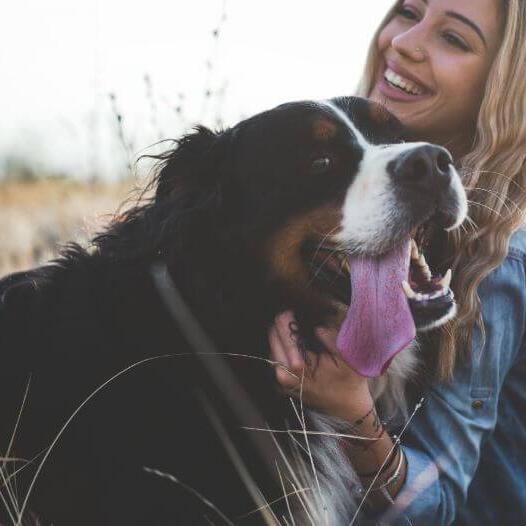 The St Bernard breed is prone to:
- Hip dysplasia
- Elbow dysplasia
- Osteochondritis dissecans
- Gastric dilatation volvulus
- Cruciate disease which is where the ligaments in the knee become diseased and damaged which can lead to pain and limping
- Entropion and/or ectropion which are painful conditions where the eyelids turn inwards or outwards, this happens as a result of excessive skin around the eyes
- Dilated cardiomyopathy¹ which is a condition where the heart muscle becomes progressively weak and cannot beat properly
- Osteosarcomas which are a serious type of bone cancer
- Ear infections
- Skin infections, especially around their lip folds

A 'gentle giant' sums up the character of the St. Bernard. They are good-humoured, trustworthy and love family life. They are very loyal dogs who rarely bark, but will defend you and your possessions if they deem necessary. They normally accept other household animals with no problems. Young dogs must be taught from an early age not to pull on their leads, as this habit will be problematic when they are older and enormous!

The St. Bernard breed was developed in the 18th century by monks at a hospice offering aid and shelter to travellers in the Swiss Alps. It was recorded in 1774 that these dogs were being used as rescue dogs to locate travellers in need of help. Their fame grew and for a while they were called Good Samaritan Dogs. It’s thought that over 2000 travellers have been saved by St. Bernards.

It isn’t just mountain rescue that St. Bernards excel at. One St. Bernard called Bamse, a ship’s dog of a Norwegian minesweeper in World War II, won a PDSA award for courage in action. He was stationed in Montrose, Scotland, and one of his duties was to collect his shipmates from the pubs at closing time! He became so well known in the town that upon his death in 1944, local schools closed to allow hundreds of children to attend his funeral. Today his grave is still honoured in Montrose.

Exercising St. Bernard puppies must be done very gradually to avoid putting excess strain on their growing bones and tender tissues and, even with the adult dog, care must taken to build up exercise gradually. Having said that, for their size they really do not need copious amounts of exercise – about an hour daily for an adult.

They do however enjoy having their own large garden to be able to gently wander at leisure.

This is a dog who needs a large house and garden.

Giant-breed dogs, as well as having giant appetites, benefit from a different balance of minerals and vitamins, supporting different joint and cartilage needs. St. Bernard’s are prone to bloating and stomach problems; try feeding smaller, more frequent meals to help minimise the risk.

There are two coat types – smooth and rough. The smooth is short-haired and the rough is long-haired. Grooming is not a problem apart from the amount of coat to get through! They need to be brushed or combed several times a week to remove loose hairs. The ears should be kept clean and the eyes checked very regularly, especially those dogs with drooping eyelids. St. Bernard’s are clean animals but do tend to slobber.

The St. Bernard is not one of the worlds obedience champions but they can be taught basic good manners. They should be taught to walk on a harness and lead from being quite young as when fully-grown they can be a real problem just by merit of their size and weight. Also teach a reliable recall as some people and other dogs might be intimidated by the approach of such a large dog.

St. Bernard’s make excellent family dogs for older children but are just too big for younger ones. They are devoted to their families and make great companions - as long as no one minds being drooled on.