The Newfoundland dog is best described as being a gentle giant. They are large and heavy in both bone and coat. As puppies they look like a cuddly teddy bear but this stage does not last long as they grow very quickly. 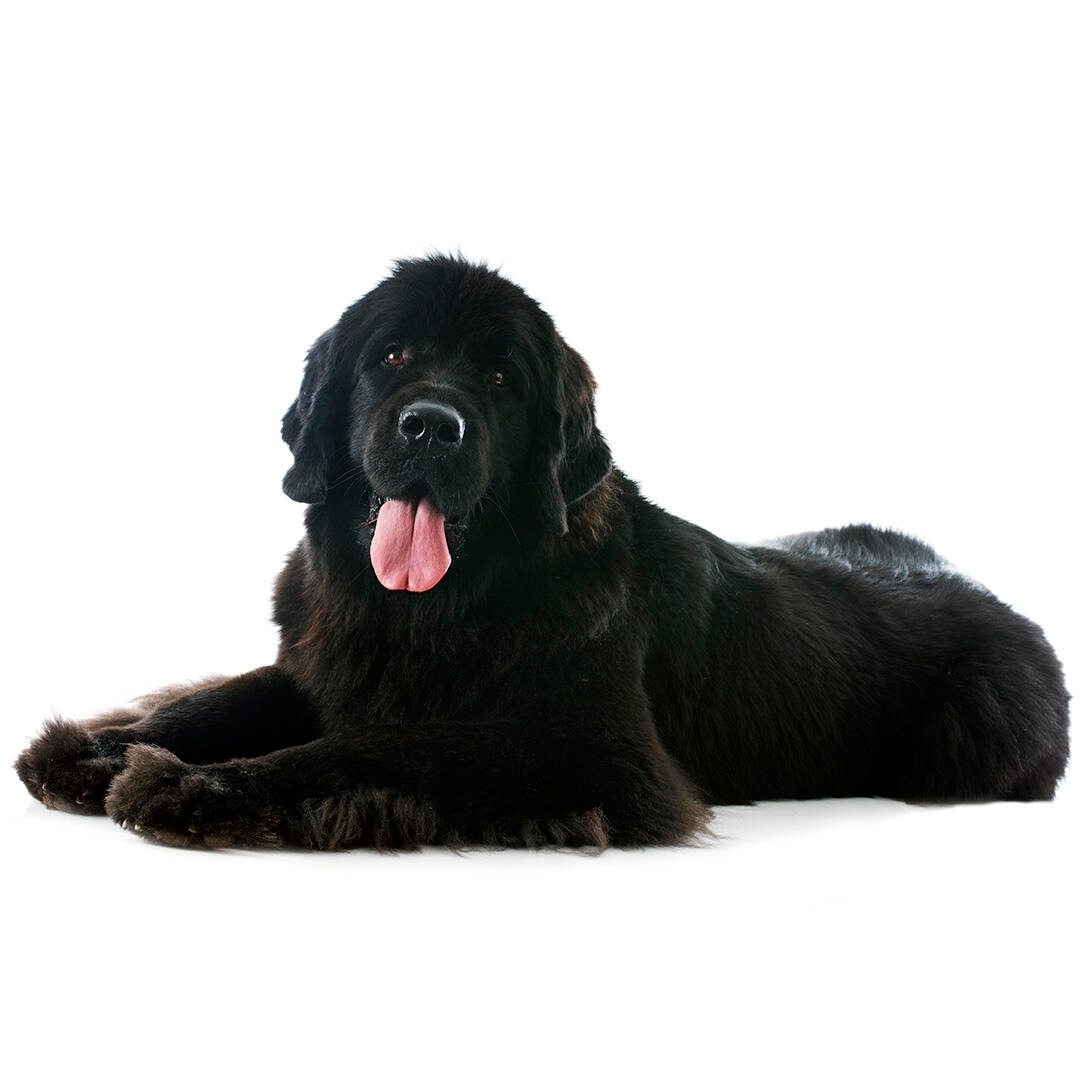 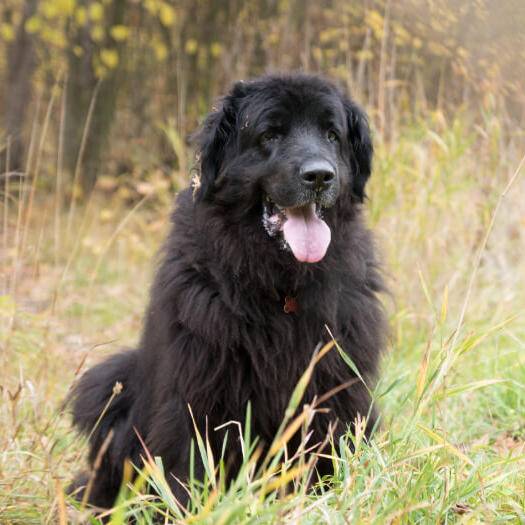 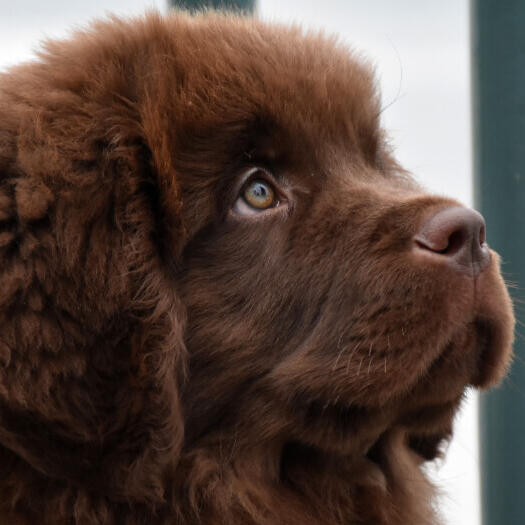 The Newfoundland breed can suffer from:
- Hip dysplasia
- Elbow dysplasia
- Gastric dilatation volvulus
- Panosteitis
- Cystinuria which is where a substance called cystine builds up in the urinary tract and can lead to the formation of bladder stones.
- Osteosarcomas which are a serious type of bone cancer.
- Entropion and/or ectropion which are painful conditions where the eyelids turn inwards or outwards, this happens as a result of excessive skin around the eyes.
- Dilated cardiomyopathy which is a condition where the heart muscle becomes progressively weak and cannot beat properly.

Newfoundlands have the most delightful temperaments being gentle, docile, patient, friendly and devoted. They love everyone and so make wonderful family dogs - although they can easily over-heat in a centrally heated home and they do drool.

The history of the Newfoundland goes back to the 18th century, and they were very probably a mixture of the Pyrenean Mountain Dog types brought to Newfoundland by European fisherman, and the local Eskimo Dogs who were perfectly suited to the punishing climate. While these dogs were originally bred to be beasts of burden and pull carts, it quickly became clear that they were also excellent water dogs, and so their oily coat and webbed feet were encouraged by selective breeding.

It was discovered that in emergencies, they would happily plunge into icy water to rescue people who were in danger of drowning as well as working in the water to pull in fishermen’s nets. One dog was even presented with a medal for bravery in 1919, when he helped to rescue 92 people from a ship that had sunk just off the Newfoundland coast.

Much later they became popular as companions thanks to their outstanding temperaments.

Like all giant dogs, Newfoundland puppies should have all their exercise monitored while growing to ensure that no damage occurs to the bones and joints. A fit, healthy adult needs an hour's daily exercise although their huge coats mean that they can’t cope well with warm days.

This is a dog who loves the water and for whom swimming is probably his greatest joy – and owners should both recognise this and give him an outlet for his passion, as he finds exercising in water far easier than on land. The Newfoundland does however have a reputation for rescuing people from the water who neither need nor want to be rescued!

This is a giant dog who needs a lot of space - both inside and outside. They also need access to water as swimming is one of their greatest joys but once their coat is soaked through, they take a very long time to dry.

Giant-breed dogs, as well as having giant appetites, benefit from a different balance of minerals and vitamins, supporting different joint and cartilage needs. The Newfoundland dog is prone to bloating and stomach problems; try feeding smaller, more frequent meals to help minimise the risk.

The double coat is dense, oily and water-resistant and the needs a lot of grooming attention. Newfoundland dogs should be brushed daily, with particular attention being paid to the feathering on the legs, which can become entangled.

Newfoundlands are never going to excel in obedience - although they can and should be taught all the basic exercises so owners can control such a canine giant. It is important to teach them to walk on a lead from being very young as they grow up to be strong powerful dogs who can easily drag their owners any place they feel like going (probably the nearest lake!).

The Newfoundland makes a fabulous family dog for those who have the space as they love children and will be devoted and patient with the whole family.

The reputation of the Newfoundland as being the perfect dog with children was immortalised by J M Barrie in his book Peter Pan where the childrens’ nanny was a Newfoundland called Nana.