A giant dog, slightly longer than he is tall, the Tibetan Mastiff dog is a powerful, muscular breed that is athletic and agile, with a dignified composure. The dense coat is quite long and there is a 'mane' around the neck and shoulders, which is more obvious in male dogs. The coat comes in a range of colours and markings. 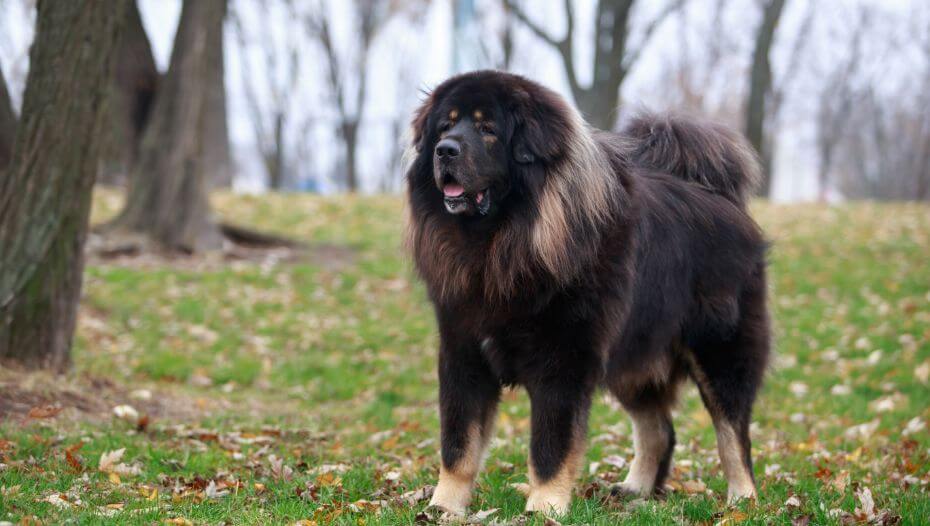 A guard dog through and through, the Tibetan Mastiff is not a breed to take on lightly. He is wary of strangers and naturally protective of his family and property. Experienced handling, socialisation and training are needed, as with all guarding breeds. In the right home, he is a calm, affectionate, loyal companion. This is a dog for an expert only. 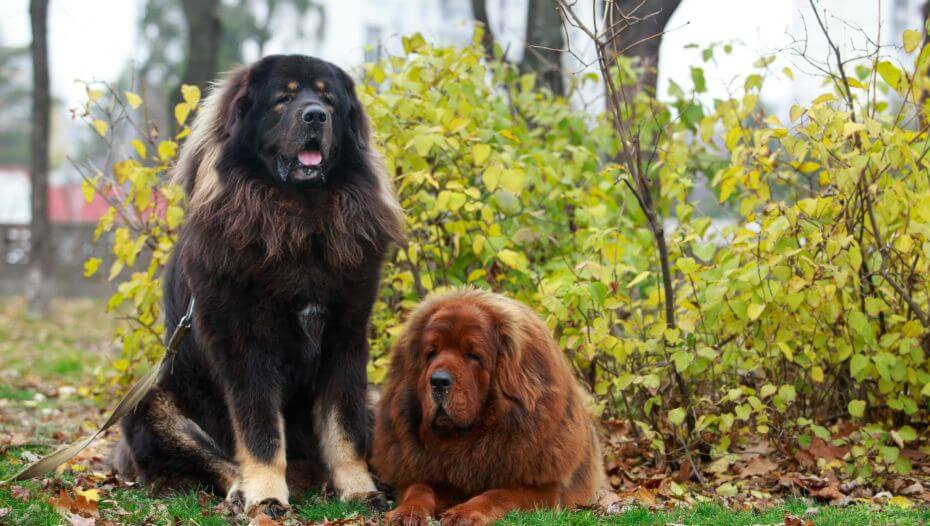 Thought to date back 3,000 years, the Tibetan Mastiff is one of the world’s oldest breeds and was used as a guard dog in his native country, protecting properties (including monasteries) as well as entire villages and livestock. They are often chained up to act as early warning systems and as very effective deterrents to would-be intruders.

Marco Polo reported that the Tibetan Mastiff was as “tall as a donkey with a voice as powerful as that of a lion.” The breed is relatively new to the rest of the dog-loving world, only coming to the attention of breeders in the West a century ago.

The Tibetan Mastiff will suit a breed expert with a large property and few close neighbours or visitors.

Tibetan Mastiffs are generally a very robust breed. As with many breeds eye disorders and hip dysplasia (a condition that can lead to mobility problems) can sometimes occur. Eye testing and hip scoring of dogs prior to breeding is therefore recommended.

An hour of daily exercise is required for a Tibetan Mastiff, though he will happily accept more if you can offer it. A Tibetan mastiff puppy should not be overexercised, as it is important to avoid putting strain on the muscles and joints of such a large, growing breed. As a guarding breed, they are generally happiest outdoors on their properties keeping an eye out for potential intruders.

This is a dog who needs a very large house and well-fenced property.

Giant-breed dogs, as well as having giant appetites, benefit from a different balance of minerals and vitamins, supporting different joint and cartilage needs. The Tibetan Mastiff is prone to bloating and stomach problems. Try feeding smaller, more frequent meals to help minimise the risk. Check out our dog feeding guidelines for more information.

The Tibetan Mastiff's double coat consists of a dense, woolly undercoat, which sheds in warmer weather, and a thick topcoat that is straight and hard-textured. The tail and back legs are well feathered. A brush through a couple of times a week is advised with daily grooming when the coat sheds.

This isn’t a dog who takes well to training but he does need to be taught to walk on a lead so he can get the exercise he needs. Early socialisation with people and other dogs is vital.

While they are affectionate with their own family, the Tibetan Mastiff is not a good family dog, being far too large and too protective. He is likely to mistake the intentions of their families friends. They can live with sensible older children but care should always be taken.