Sorry, you need to enable JavaScript to visit this website.
Skip to main content
Next article
8 Cat Myths and Misconceptions

Everyone's heard the saying 'cats always land on their feet', but is there any truth in it? Keep reading to find out how they manage to do it and the amazing science behind it.

Everyone has heard the saying ‘cats always land on their feet’ and that this ability means they can survive falls from incredible heights. Some people think it’s due to cats’ incredible balance, and others secretly think it’s magic. It’s a phenomenon that has certainly puzzled scientists for centuries!

But is it true, or simply an urban myth? Keep reading to find out if cats always land on their feet and how they do it.

Do cats always land on their feet?

Cats have an inbuilt balancing system called the “righting reflex” that allows them to orient themselves and land on their feet. But while cats are often able to land the right way up, it’s not the case that they always land on their feet. The height of the fall can affect their ability to land safely.

For a long time, cats’ ability to seemingly always land on their feet has had scientists baffled since the early 19th century. Initially, it was thought that when cats were dropped they somehow managed to ‘push off’ the person’s hand.

However, a French scientist called Etienne-Jules Marey in 1894 discovered this was not the case. Using a chronophotographic camera, he managed to capture 60 frames a second of a cat’s fall, then he was able to watch in slow-motion and see how cats land on their feet.

How do cats always land on their feet?

The way cats manage to land on their feet is called the righting reflex.

They can turn themselves the right way around during the fall to land safely on their feet. The vestibular apparatus inside a cat’s ear is used for balance and orientation and this enables cats to quickly figure out which way is up, and rotate their head so the body can follow.

Cats also have incredibly unique skeletal structures: they have no collarbone and a very flexible backbone with 30 vertebrae. This flexible spine means that they can correct themselves easily and quickly during a fall. Their back arches, the feet go underneath the body and bring their forepaws close to the face to protect it. Their low body to weight ratio also helps cats to land on their feet as it manages to slow their velocity while falling.

Cats develop the righting reflex very early on and is first seen in kittens as early as 3 weeks old, and by 7 weeks it is fully developed.

How does the height of the fall affect the landing?

The height of the cat’s fall has a large part to play in if cats always land on their feet. A study done in 1987 by the New York City Animal Medical Centre analysed vet records of cats that had fallen from multi-storey buildings and found some incredible statistics. Most of them landed on concrete, and yet 90% of all the cats studied survived the fall, and only 37% of those required emergency care.

But it was the height of the fall that most affected the outcome. Cats who fell from between 7 and 32 stories suffered less injuries, while those who fell between 2 and 6 stories sustained more injuries. Amazingly, a cat that fell a whopping 32 stories and landed on concrete was released after 48 hours with only a chipped tooth and a minor lung puncture.

Scientists think that the higher the fall, the more time cats have to be able to right themselves. It’s also believed that they reach a maximum velocity of around 60mph, which is much slower than humans at about 120mph. Once they reach this stage they begin to relax and stretch their legs out – much like how a flying squirrel does – which expands their body size and creates air resistance. It’s almost like cats can turn themselves into little parachutes, which increases drag resistance!

It’s all in the legs

Cats’ ability to land on their feet and survive great falls is affected by the fact that they spend a lot of time in trees and climbing things. Therefore, they’re likely to fall at some point, so they’ve adapted to sustain minimum damage as a result of a fall.

Where their legs may appear long and slender, they’re actually very muscular and work to reduce the impact and act as shock absorbers when they land. Their angled legs aren’t just built to be great for jumping and reaching great heights, they also reduce impact so that the force doesn’t hit directly.

Where cats do have the ability to right themselves, it’s still important to ensure that your cat cannot fall from heights. Overweight cats are much less likely to be able to land on their feet, as this reduces their ability to right themselves in the air. If you live in a block of flats or tall building it’s a good idea to make sure you keep your windows closed, or if you have to have them open, install window guards to prevent your cat falling out. If your cat has sustained a fall, take them to the vet straight away as they may have serious internal injuries that you can’t see. 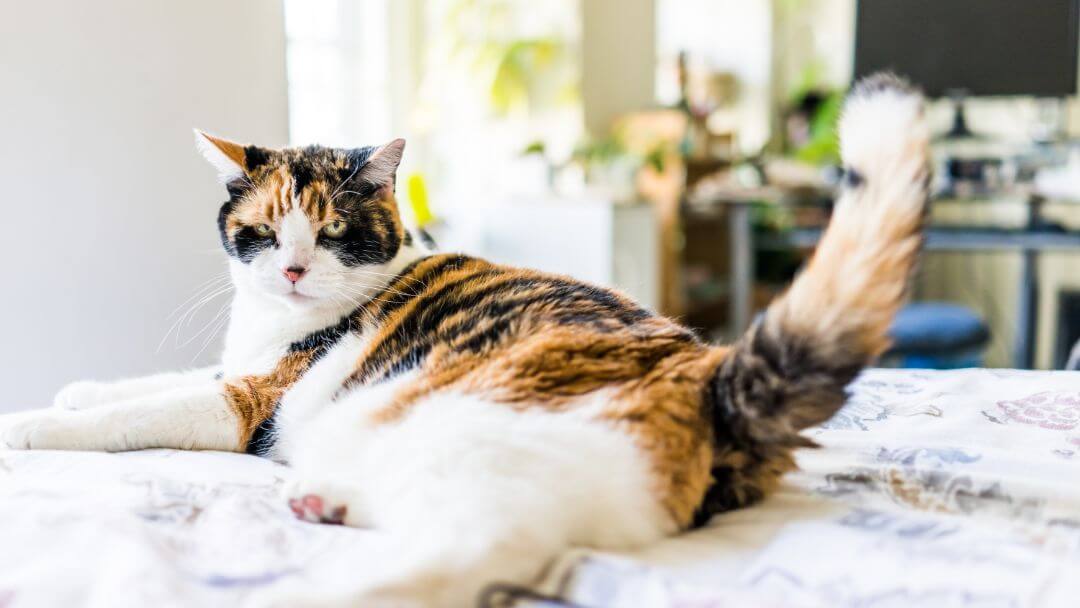 Is Your Cat Overweight? 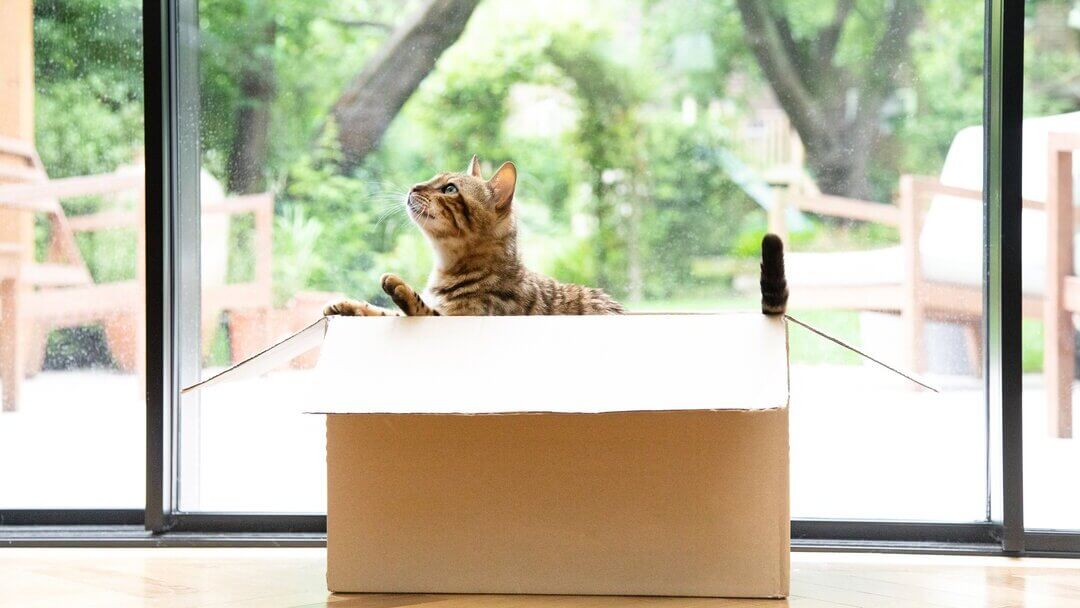 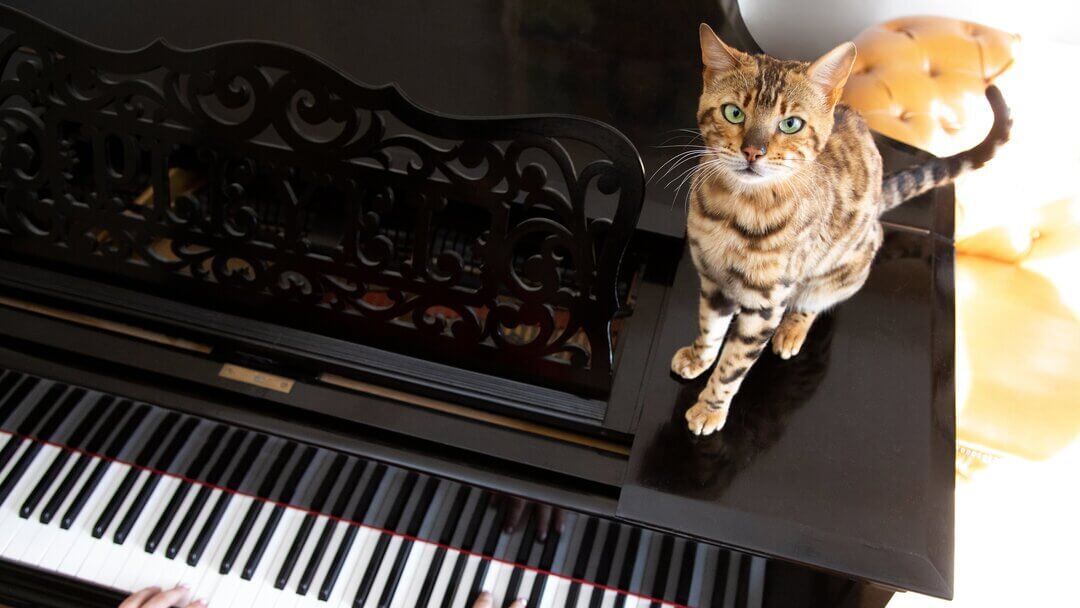