Abyssinian are elegant medium-sized cats with strong, lithe bodies and long, slender legs. They have round, wedge-shaped heads with distinctive small tufts on the tips of ears and large almond-shaped eyes. The short, close-lying coat of an Abyssinian cat, has a distinctive 'ticked' look caused by bands of colour on each hair. The most well know colour is 'ruddy' but there are several others. 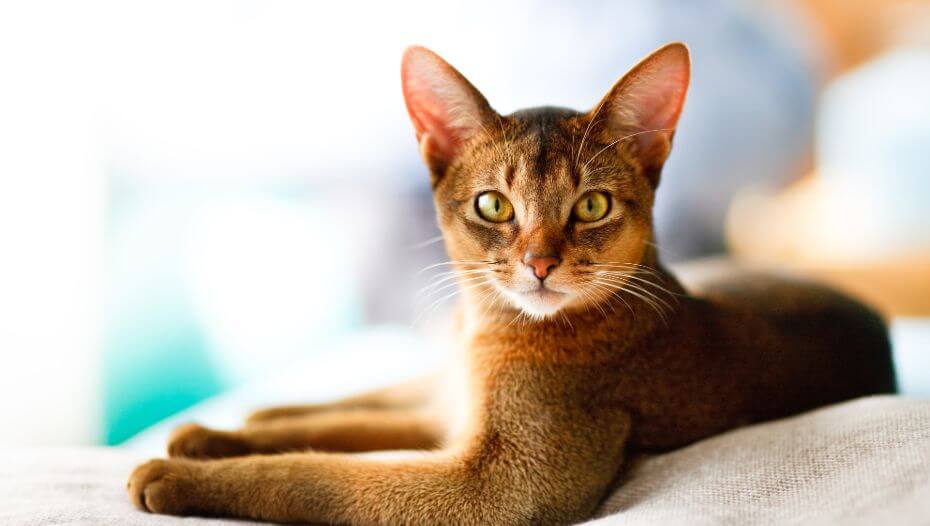 The Abyssinian cat is quiet, intelligent and curious and is said to enjoy human company and become attached to its family. It enjoys space and activity, is a good climber, and will appreciate a garden full of trees and high places. Abyssinian cats are playful but tempered with some sense so are not too wreckless! 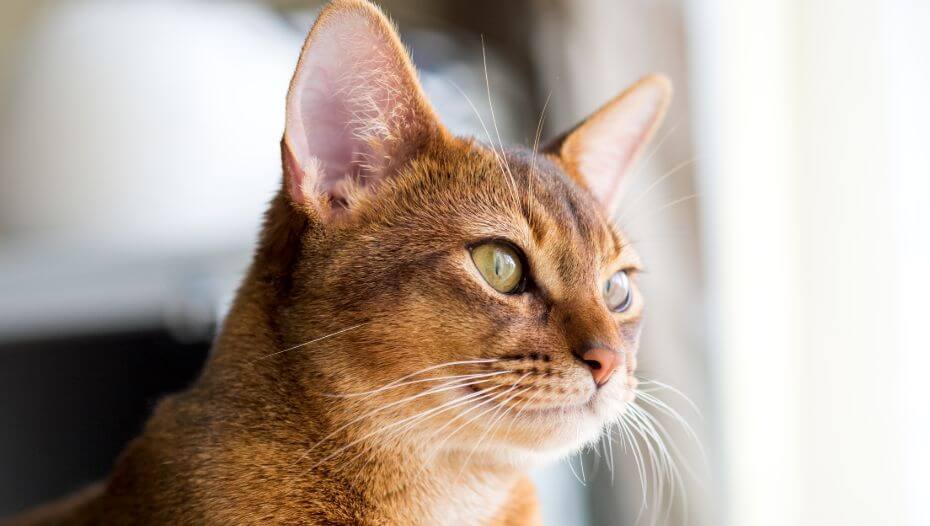 The Abyssinian cat resembles the African wildcat, ancestor of the domestic cat. The history of the Abyssinian cat in the UK is a little obscure, but it is likely that it was brought back via army personnel from Abyssinia (now Ethiopia), in the 1860s. The early Abyssinian cats were crossed with British Shorthairs, and later with oriental breeds. Long-haired Abyssinian kittens have been found in litters for many years, and since the 1970s they have been developed as a separate breed called the Somali.

Abyssinian cats can suffer from an inherited disease called pyruvate kinase deficiency that can cause anaemia. A reliable test is available for this and prospective owners should ask breeders if their cats have been tested and are clear of the problem. An eye problem, called progressive retinal atrophy, which causes progressive blindness has been indentified in some countries so it is worth asking the breeder about this as well.

The Abyssinian cat's coat is easy to care for. It will enjoy brushing or combing and if you really want a 'professional' shine you can 'polish' it by stroking gently with a damp chamois leather to bring out the gleam in the coat. As with all cats, this breed needs regular vaccinations, parasite control and annual health checks.

While this breed tends to be excellent with kids, each cat has a different personality based on training and life experience. Please consult the adoption organisation, if you are adopting, for details on a specific cats character.