The Thai is a medium sized cat, robust and cobby in build, but never large or coarse. Alert and attractive, they have a heart shaped face with large, mobile ears. The Thai cat is a shorthaired cat breed that has a flat, short coat that is really soft in texture. They have a wedge-shaped muzzle, ears that are broad at the base, and a long, flat forehead that distinguishes it from other pointed breeds. 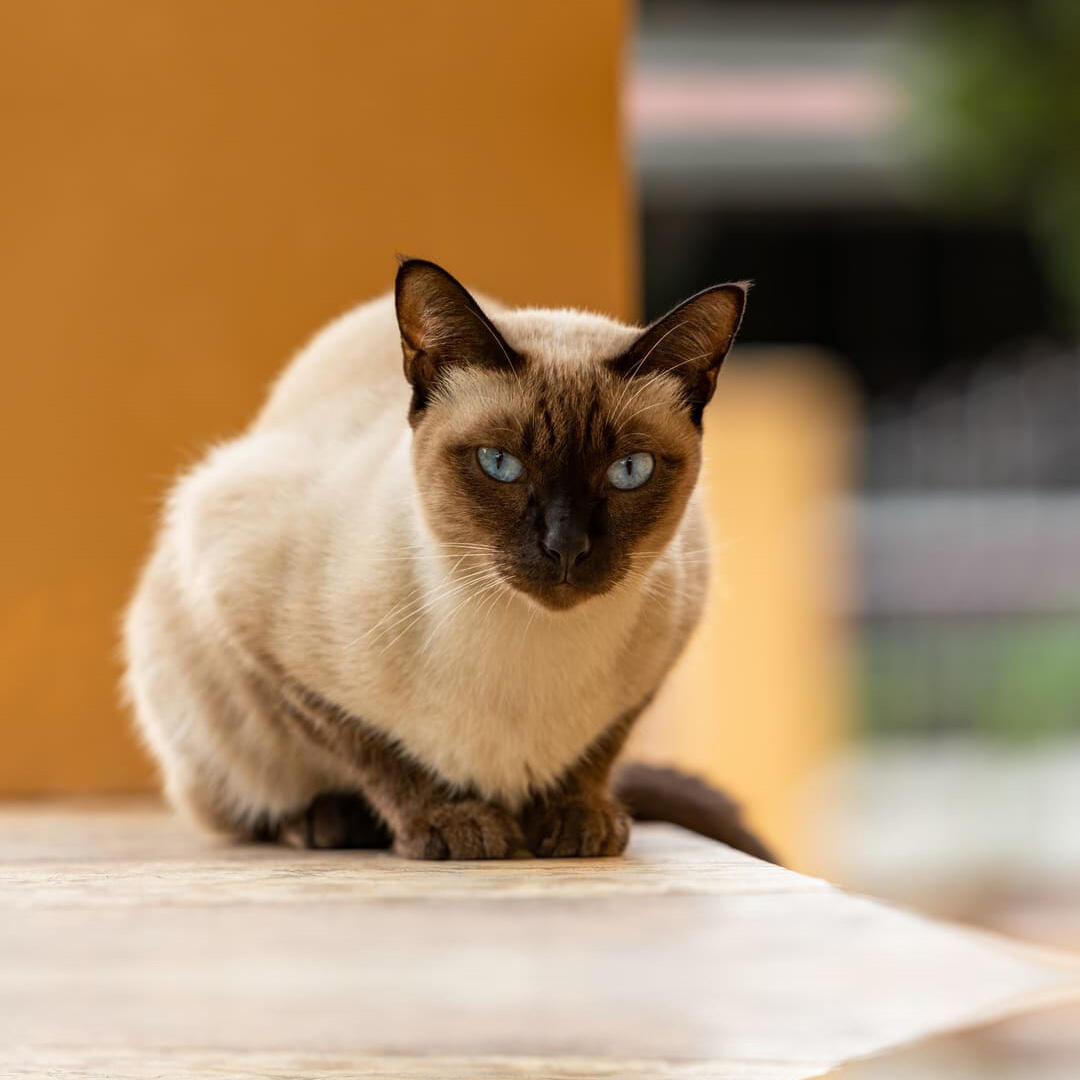 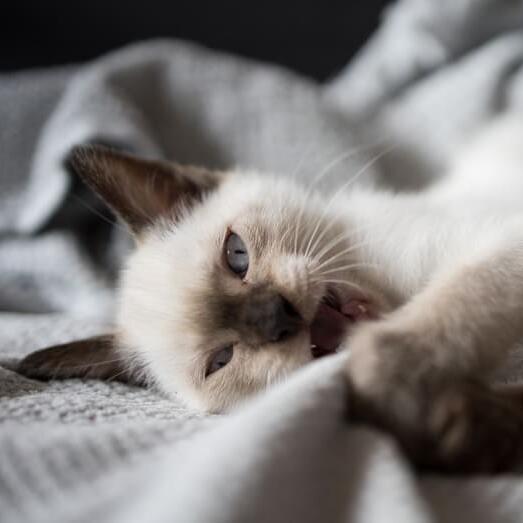 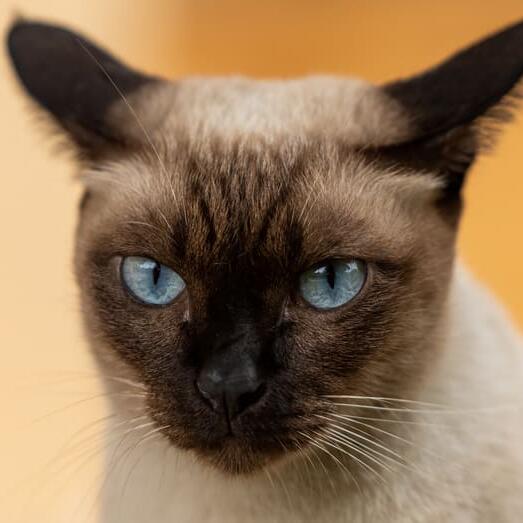 There are no common disorders reported for the Thai breed at present.

The Thai (Blue Point and Lilac) originated in 1989 from a litter of Korat kittens in the UK. To the breeder’s surprise, one of the kittens wasn’t blue as Korats are, but a pinky shade. In the late 1980’s and early 1990’s, more white or pink kittens appeared, and it eventually became clear that Korats carried recessive genes for the Lilac and Blue Point colours.

Recessive genes like these can stay hidden for many generations. The Lilac gene dilutes coat colour to the pinky-beige, and the Blue Point gene restricts colour to the extremities of the cat (the legs, ears, nose and tail).

The Thai can be talkative, though in a less demanding or strident way than other foreign type cats. Thai cats will strongly bond with their families.  They are very person oriented, liking to be involved in everything their human is doing, in a ‘helpful’ or at least, supervisory way. Don’t be surprised if you have to fish your Thai cat out of your bath or of their paws out of your coffee fairly regularly.

Thai cats are also intelligent, clever and talkative, often telling their owners how they feel. Unlike many cats, Thai cats are notably fond of travelling, though their preference would be to be loose in the car, which is of course not safe.

On top of the usual games, puzzle toys and food dispensing toys, the biggest enrichment you can provide for a Thai is to allow them to supervise or help with whatever you are doing. This may not always be practical however, but fortunately the Thai is clever enough to be clicker trained using positive reinforcement, to go to a ‘station’ or suitable spot and wait.

They will also enjoy retrieve games and the usual ‘kill the thing on a string’ type activities. Due to their demands for attention, spending a good amount of time interacting with them every day is necessary to keep the Thai happy.

The Thai is a bit too athletic and yet sensitive to be allowed outside unsupervised in the real world. This would likely result in them up the tallest tree, stuck and frightened, or due to their exotic looks, stolen or injured. They are better off provided with a secure cat run where they can choose when they go out, and have access to a variety of cat trees and platforms that allow for sunbathing and climbing.

Thai cats need lots of nutrition to support their high activity and energy levels. However, avoid over-feeding them as they are suggested to be kept as indoor cats, so to avoid cat obesity make sure that your Thai cat is only receiving the essential balanced diet it needs.

The Thai coat does not require much grooming, but a wipe over with a grooming glove several times a week and a daily check for parasites and wounds is sensible.

Remember that a greasy coat can be evidence that your cat is no longer attempting to groom themselves, which can be indicative of poor or failing health or excessive weight. As with all cats, Thai cat’s benefit from regular vaccination, parasite control and an annual veterinary health check.

For the steady, stable household with children old enough to understand a cat is not a toy or doll, the Thai cat can make a good family companion. They are unlikely to appreciate a very loud or chaotic household, and care must be taken not to let them outside into the real world.

It may be hard to find a breed specific rescue for Thai cats. However, you may want to try rescue shelters that cater to all types of cats, including Thai cats, as well asl local rehoming shelters.

Please consult the adoption organisation, if you are adopting, for details on a specific cat’s character.