The Cavachon is one of the smaller designer crossbreeds and while more common in the US, is slowly growing in popularity around the world. The breeds that make up the Cavachon are the Cavalier King Charles Spaniel and the Bichon Frise.

The Cavachon can be a first cross (with one Cavalier and one Bichon parent) or they can be bred back to one of the original breeds or be two Cavachons bred together - so there are varieties in size, shape, colours and coat types but in all cases, this is a small companion dog. 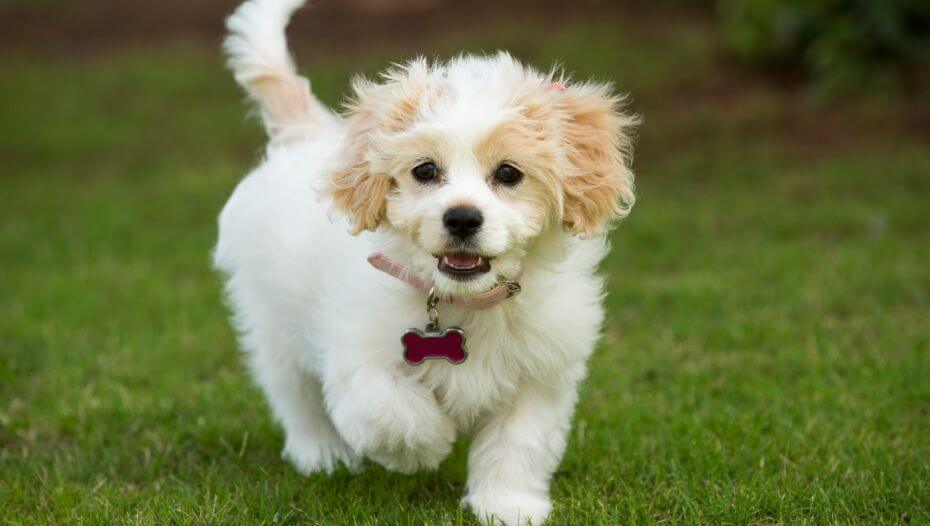 Like most crossbreeds, the personality of a Cavachon depends on the parents and how they have been bred and reared, but both the Cavalier King Charles Spaniel and Bichon Frise are affectionate dogs who bond closely to their owners.

The Cavachon is a toy companion dog who will enjoy training, games and being part of everything their owner does – and will want to go everywhere with them.

The personality of a Cavachon seems to be more consistent when they are first crosses (F1). As a line is successively bred, they can be either bred back to one of the original breeds (and so strengthen either the Cavalier or the Bichon personalities) or else be bred to another Cavachon – in which case there is less predictability in temperament (and in-breeding becomes more of a potential issue).

Responsible breeders should be prioritising behaviour as highly as health, and so it’s important to find a good breeder. A well-bred Cavachon should be very outgoing, happy and confident and not nervous, shy or fearful. 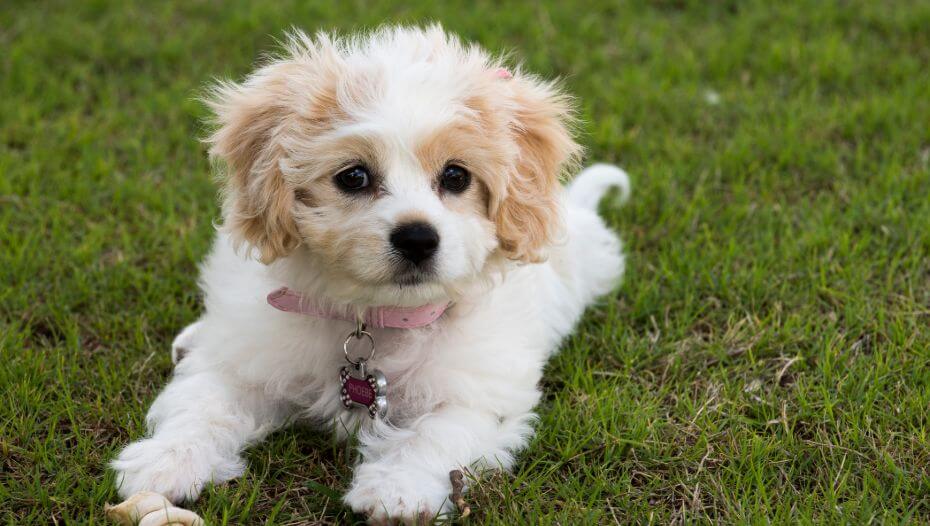 The Cavachon originated in North America in 1996 in a bid to create a small, fun and trainable companion dog that had less health issues and would fit into any family’s lifestyle, no matter how small their home and garden.

Where the intentional breeding of the Cavachon is fairly recent, the two breeds that brought the breed into being have a much deeper history. The Cavalier King Charles spaniel for one is the latest of the English Toy Spaniels, originally bred in the 1920s in an attempt to recreate the famous dogs of King Charles. Up until the 19th century, the King Charles Spaniel had a pointed muzzle but in the Victorian era it became fashionable to breed dogs with shorter faces and before long the King Charles became a flat-faced breed. However, in 1926 an American called Roswell Eldridge visited England and was saddened that he couldn’t see the dogs so often depicted in art, so he set to reinstating the longer snouted variant. This started a movement leading to the formation of the Cavalier King Charles Club in 1928 and finally in 1945, they were recognised as two separate breeds.

The Bichon Frise on the other hand is an old breed that was incredibly popular in 16th century Spanish courts. Originating on the island of Tenerife, they were firstly known as the ‘Barbichon’, meaning ‘little barbet’, the barbet being a local water spaniel, indicating that the Bichon Frise may have been a cross between these and small Spanish lapdogs.

The Bichon Frise (then called the Bichon Tenerife) remained popular in the Spanish courts right through to the 19th century, and even captivated the hearts of the French nobility as well. For some reason however they fell out of favour and they went from being dogs of nobility to largely being circus performers. Thankfully their appealing looks and their trainability meant that they excelled, finding a performing niche for themselves until French and Belgian breeders took an interest in them and worked to re-establish the breed, renaming them Bichon à Poil Frisé which means ‘the bichon with the curly coat’.

The Cavachon can have any combination of the two breeds in their appearance, behaviour and temperament.

One aim with crossbreeds is to dilute or eliminate any inherited health issues that may exist within the breeds. This dilution or elimination is only likely if only one parent is the carrier of any particular condition, and where this is a first cross (F1). As this can’t always be guaranteed, all parents should be health tested prior to breeding:

Cavalier King Charles Spaniel – sadly this is a breed that is prone to several serious health problems including eye problems, mitral valve disease and syringomyelia. It’s very important to get puppies from only the most reputable breeders.

Bichon Frise – a generally healthy dog but eye testing should be carried out.

The Cavachon will be happy with an hour’s walking each day, as long as they have plenty of games, training and owner interaction.

This is a small dog who can live in a flat or a smaller property as long as they have access to the outdoors for toileting and walks.

The Cavachon coat can be quite high maintenance depending what coat type they inherit. They may or may not shed, if they don’t, they will require trimming and if they do, it’s likely to be in clumps of hair rather than lots of short ones! They may also mat but a brush through every day will keep them mat-free.

Find a good local groomer who can either look after your Cavachon’s coat or teach you how to do it yourself as their coat develops.

The Cavachon is a clever dog who will enjoy training as well as learning tricks and games. They should be trained to walk on a lead and harness and come back when called. They can excel in dog sports such as mini agility and heelwork to music.

The Cavachon makes a fun companion and they suit families with older sensible children or children who would like to get into training or dog sports. They can happily live with cats and other small dogs.