A small spaniel with a short, but definite muzzle, large brown eyes and silky fur, the Cavalier King Charles is a wonderful companion dog. They love people and a good cuddle. So, if you are after an agile, friendly canine that can’t wait to spend all day, every day, with their human family, Cavalier King Charles Spaniel dog breed might be the one for you. 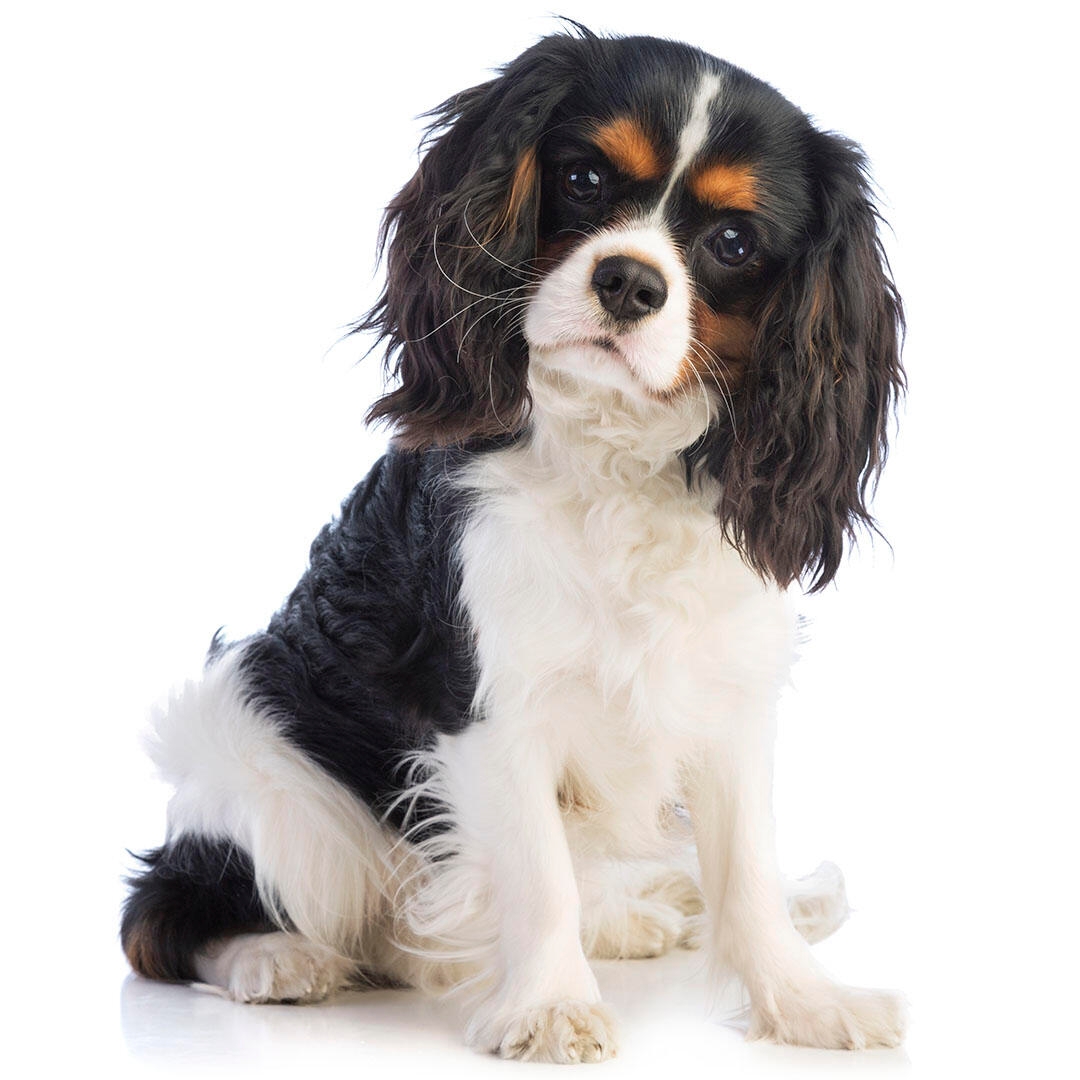 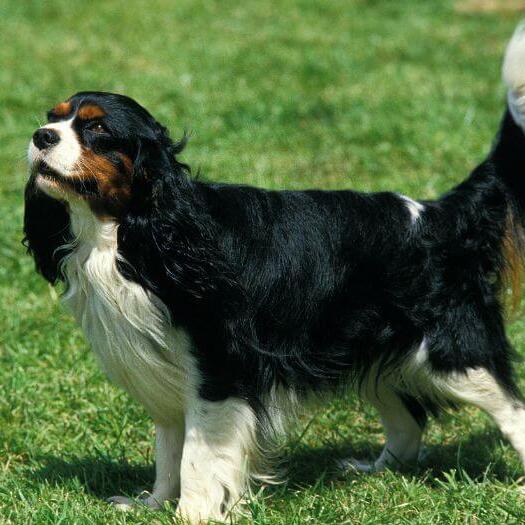 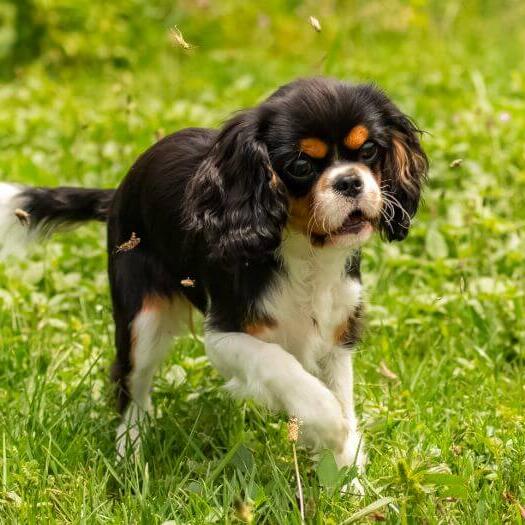 King Charles Spaniels can be prone to:
- Patellar luxation
- Syringomyelia which is a condition where fluid-filled areas develop around the spinal cord causing pain.
- Mitral Valve Disease which is where the heart valves become diseased and don't work properly.

The Cavalier King Charles Spaniel is easy to train, easy to live with and is intelligent enough to excel in obedience, mini agility or any of the canine sports that his owners may wish to try their hand at. This is a breed who should also be happy to live with cats and any other pets. The Cavalier King Charles Spaniel is however a gentle dog and may not be happy in a boisterous noisy family.

Up until the 19th century, the King Charles Spaniel had a pointed muzzle, but in the Victorian era it became fashionable to breed dogs with shorter faces. Before long, the King Charles became a flat-faced breed (as it still is today).

In 1926 however, an American called Roswell Eldridge visited England and was upset not to be able to see the dogs he had admired in art. For five years running he offered prizes at Crufts for the best ‘long faced King Charles Spaniel’. This started a movement which led to the formation of the Cavalier King Charles Club in 1928, although it took until 1945 for the two breeds to be separately recognised. As the years passed, this new breed became by far the most popular and became one of the UKs best loved breeds.

A Cavalier King Charles Spaniel will adapt to whatever amount of dog exercise you feel able to give but they do need some regular daily exercise or they will put on the pounds. About an hour's daily exercise is a good guide but on top of that, they also enjoy games and training in which they can excel.

Cavalier King Charles Spaniel is a dog who is happy in a small house but they do need access to outdoor space for daily exercise and will enjoy a garden to explore and relax in.

Small dogs have a fast metabolism, meaning they burn energy at a high rate. Their small stomachs mean that they must eat little and often. Small-breed dog foods are specifically designed with appropriate levels of key nutrients and smaller kibble sizes to suit smaller mouths. This also encourages chewing and improves digestion.

Cavalier King Charles Spaniels should be groomed thoroughly once a week. The nails and the hair between the pads of the feet should be trimmed once a month. This is a shedding dog but good grooming should keep the hair load on your furniture fairly low. Special attention must be given to the ears, as they are drop ears and there is very little air circulation so they are prone to infection if not properly cared for.

The Cavalier is a joy to train as they are smart, love being with their owners and live to please. As well as training them all the basic exercises and manners, owners would do well to consider doing more - maybe mini agility or heelwork to music.

The Cavalier King Charles Spaniel loves everyone and is a gentle dog who thrives on company although they usually bond closely to one person. They do however prefer a quiet house and so would be better in a family of older sensible children.

While many dogs are traditionally thought of as being good with children, all dogs and children need to be taught to get on with each other, and be safe together. Even so, dogs and young children should never be left alone together and adults should supervise all interactions between them.

The Cavalier King Charles Spaniel has had many celebrity owners - and one even lived in the White House. Rex belonged to Ronald and Nancy Reagan so was probably officially the First Dog!