The Leonberger is a large, strong and muscular dog. They have an unusual feature, webbed feet, which makes them good swimmers. They can be lion gold, red, reddish-brown, sandy (fawn or cream) and all combinations in between, with a black mask. 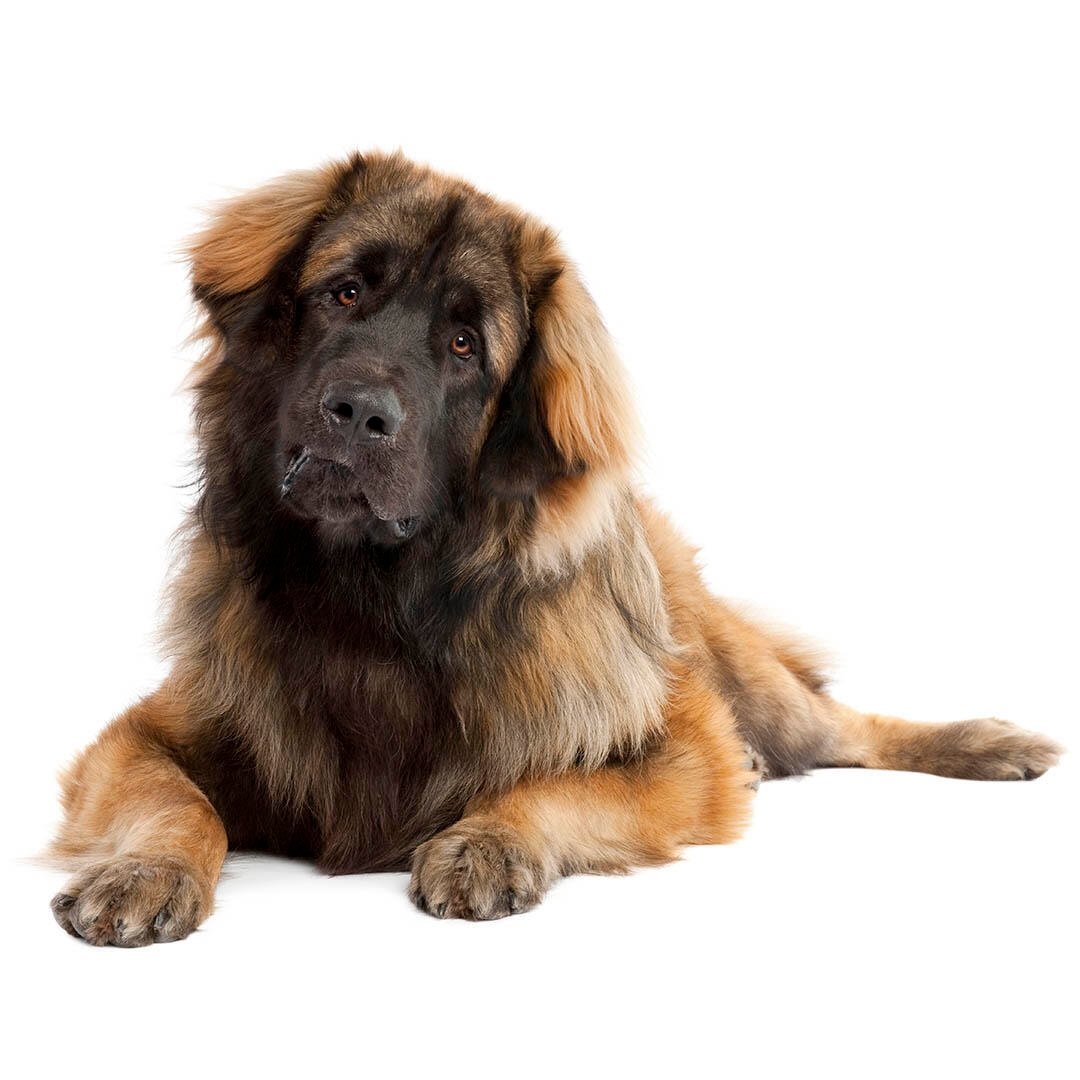 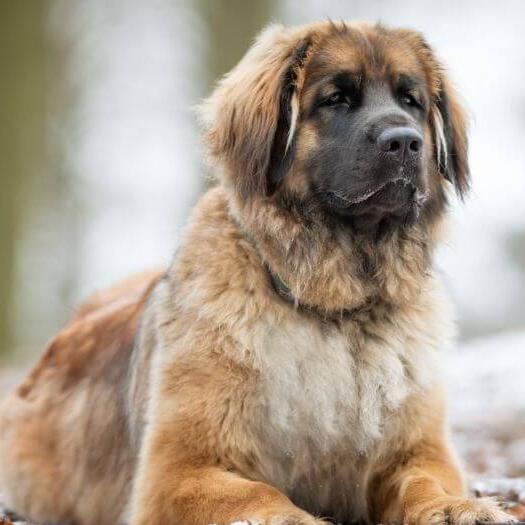 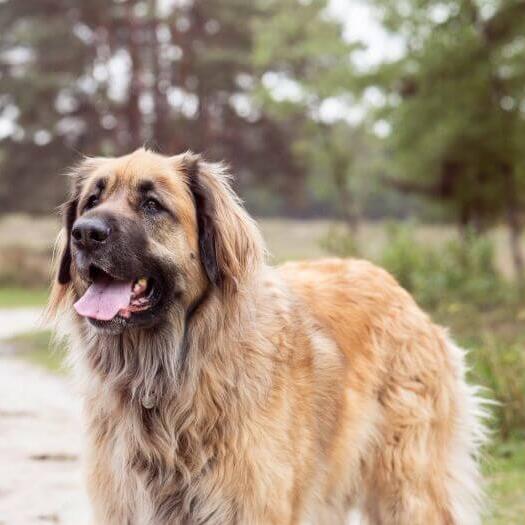 Leonbergers should easy-going, placid, loyal and even-tempered but they are also self-confident and strong sometimes displaying their guard dog ancestry. They get on well with other pets and children and are often endlessly patient and surprisingly playful for such a large dog.

The Leonberger was established by Heinrich Essen, the mayor of Leonberg who wanted to create a massive guard dog who would resemble the heraldic lions on the town’s coat of arms. By mixing a variety of breeds, including the Pyranean Mountain Dog and the water loving Newfoundland, he succeeded and by the end of the 19th century the breed was established as a powerful and impressive property guard.

They became popular with royalty and nobility - who were probably the only people able to afford to feed such a canine giant - but two World Wars very nearly saw the end of this breed, with only five surviving the first, and eight the second. Great care was taken to re-establish the breed however and while today the Leonberger is still relatively rare they are gaining in number and popularity.

As a puppy, this dog should not be over exercised or allowed up and down stairs. When the bones are properly developed then the exercise can be gradually increased. The adult Leonberger should have long, steady walks in the coolest part of the day but they will also enjoy a large garden to so they can run around and play at leisure. They also have a great love of water and like nothing better than a good swim.

This is a huge dog who needs a large house, a large garden, a rural location and a large car if you plan to take them anywhere.

Giant-breed dogs, as well as having giant appetites, benefit from a different balance of minerals and vitamins, supporting different joint and cartilage needs. Leonbergers are also prone to bloating and stomach problems; try feeding smaller, more frequent meals to help minimise the risk.

The Leonberger takes a lot of grooming as they are giant dogs with a huge coat. They have have a double coat, which consists of a fairly long, close top coat and a very thick undercoat. There is a 'mane' of longer/thicker hair around the neck and chest, and feathering on the legs. The coat needs to be brushed at least two or three times a week to remove any dead and loose hair and keep it in good order.

Leonbergers are not ever going to be obedience champions and training them requires patience and consistency but such a giant needs early and ongoing socialisation as well as learning not to pull on the lead and to come back when called.

Leonbergers make good family dogs for those who have the space. They may however just be too big for smaller children and so suit older families.

To start with the Leonberger wasn’t an intentional breed. They were created when the monks of St Bernard were trying to improve the St Bernard breed. They were the first to cross their own dogs with Newfoundlands but didn’t like the result but thankfully the Mayor of Leonberg did!