An attractive, small/medium-sized dog, the Tibetan Terrier has a long, straight or wavy coat that comes in any colour except chocolate/liver. Square-shaped and sturdy, adult dogs stand at 36-41cm, and females are slightly smaller. The weight range is 8-14kg. 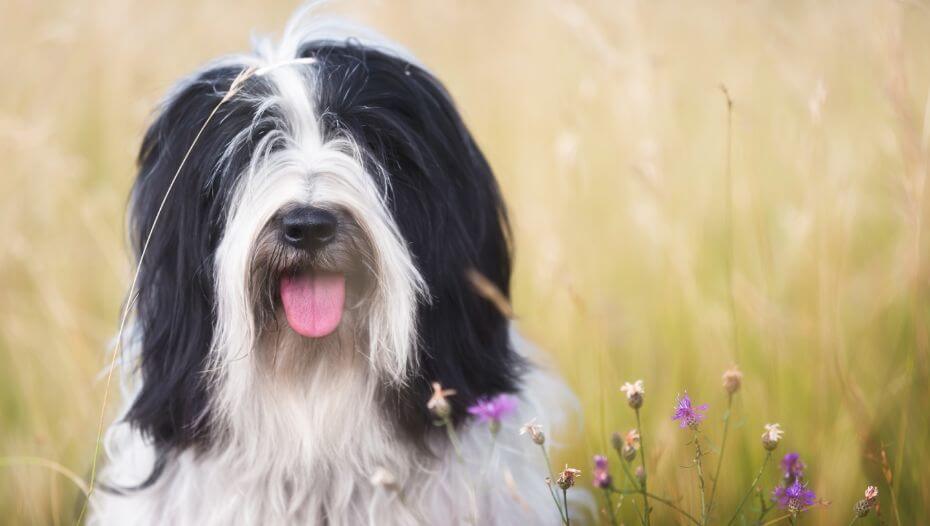 A good-natured, happy and outgoing dog, the Tibetan Terrier is alert and game. He is naturally reserved with strangers but loyal and affectionate to his loved ones. A fun-loving companion, Tibetan Terriers are bouncy, larger-than-life characters and can make a super family dog. 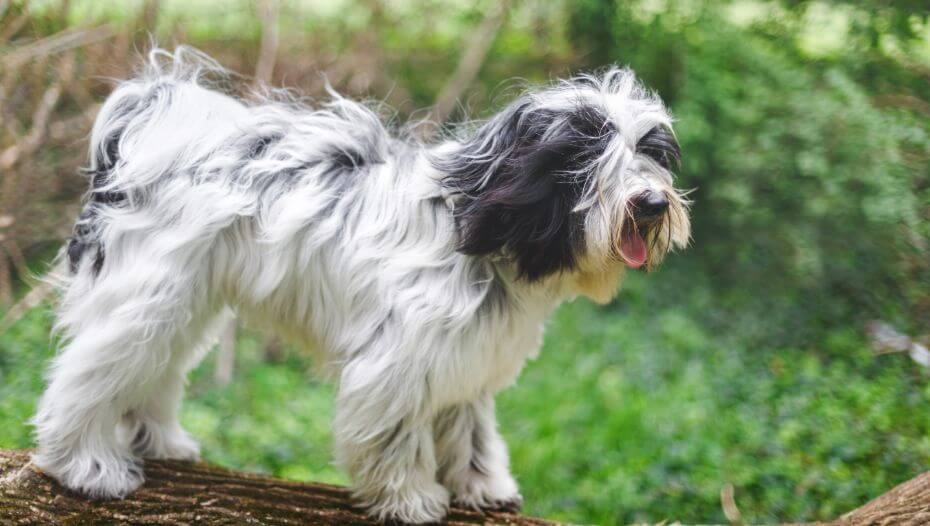 He might be called a Tibetan Terrier, but this dog has never been used in the traditional Terrier breed role of going to ground after prey. Instead the Tibetan Terrier dog breed, or TT, was a herding dog, and, when necessary, guard. Kept in monasteries and a companion to the monks, he was known as The Holy Dog of Tibet and reached the attention of the west when, in 1922, a TT puppy was given to Dr Agnes Greig, a British doctor working in India, as thanks for saving a Tibetan woman's life.

The Tibetan Terrier is generally a healthy breed. As with many breeds, they can sometimes suffer from hereditary eye disorders, and hip dysplasia (a condition that can lead to mobility problems). Eye testing and hip scoring of dogs prior to breeding is therefore important. Like many small breeds, they can also suffer from kneecaps that may temporarily slip out of place (luxating patellas).

A lively dog, this Tibetan dog breed enjoys his exercise and needs about an hour a day, though he will happily accept more if it's offered. He takes well to training and enjoys spending quality time with his family, and so loves taking part in fun canine hobbies. As with any long-coated dog, do check him over after a walk, to remove any twigs or leaves that might have been swept up along the way!

A non-shedding breed, the Tibetan Terrier needs his thick, long, doublecoat to be brushed and combed through at least every other day, to avoid mats from occurring. It should also be checked daily for debris from walks. The coat is often clipped to a shorter, more manageable length for pet owners, though will still need regular brushing or mats will form.