Sorry, you need to enable JavaScript to visit this website.
Skip to main content
Next article
Dog Eye Infections: Symptoms and Treatments

There are so many varieties of dog parasites that can affect our four-legged friends and it’s easy to get bogged down by all the different types, but did you know that ringworm isn’t a worm at all? In fact, ringworm is actually a highly contagious fungal infection that can affect almost everyone from humans to domesticated animals.

As it can spread very quickly and can cross species, it’s very important to know the signs of ringworm in dogs and understand what you can do to stop the spread.

What is ringworm in dogs?

Dermatophytosis is the scientific name for ringworm in dogs. Ringworm is an infection caused by a disease-causing (or pathogenic) fungus called a dermatophyte. The fungus grows on the outer layer of skin, invading the skin, hair follicles and nails as it does so. It mainly affects a few areas on the body such as the face, ear tips, tail and paws but puppies, seniors and those with weakened immune systems may see more widespread infections.

How does ringworm in dogs spread?

Ringworm in dogs is mainly spread by direct contact with infected animals, but it can also be transmitted by contact with contaminated objects - anything from a food bowl to the carpet. Contact with the fungus is more likely to result in infection if there is damage to the skin already.

Fungal spores can survive in the environment, including all household surfaces and upholstery, for up to two years, and a ringworm-infected dog will shed fungal spores and infected hairs around the house.

Symptoms of ringworm in dogs

If your dog has ringworm, you may see some or all of the following signs:

If you suspect your dog has ringworm, it is imperative that you take them to your vet for diagnosis and treatment. Prompt treatment will help to stop spread to other pets in your home and your family.

If your vet suspects that your dog has ringworm, they may:

If you have a suspected ringworm case in your home, you should also check all family members and pets to ensure it has not spread to them. If it has, they will also require treatment.

In many cases, ringworm will clear up without treatment. However, treating an infected animal is likely to speed up recovery as well as reducing the risk of spreading the infection to others. When it comes to ringworm treatment for your dog, medication will likely be required, the type of which will depend on the ringworm variety affecting them.

Always remember to follow your vet’s recommendations exactly; if you do not, there is a risk the ringworm will return.

How can I stop ringworm in dogs spreading?

One thing you can consider doing to stop your dog’s ringworm from spreading is to isolate them to just one room in the house until you speak to your vet. Avoid touching your infected pet but if you need to, wear disposable gloves and wash your skin and clothes after.

It’s important to thoroughly vacuum your home and upholstery; steam cleaning is also a good idea. Bedding and towels will need to be disinfected by washing, and hard surfaces will also require disinfecting (ask your vet for recommendations for effective disinfectants) as this will help to get rid of the spores. Carrying out the above steps is very important because even if you cure your dog’s ringworm, if you don’t eradicate it from your home, it can return.

That’s our guide to ringworm in dogs including ringworm treatments for dogs. Looking for more canine health advice? Read our article on lungworm in dogs and learn about the signs to look out for, next. 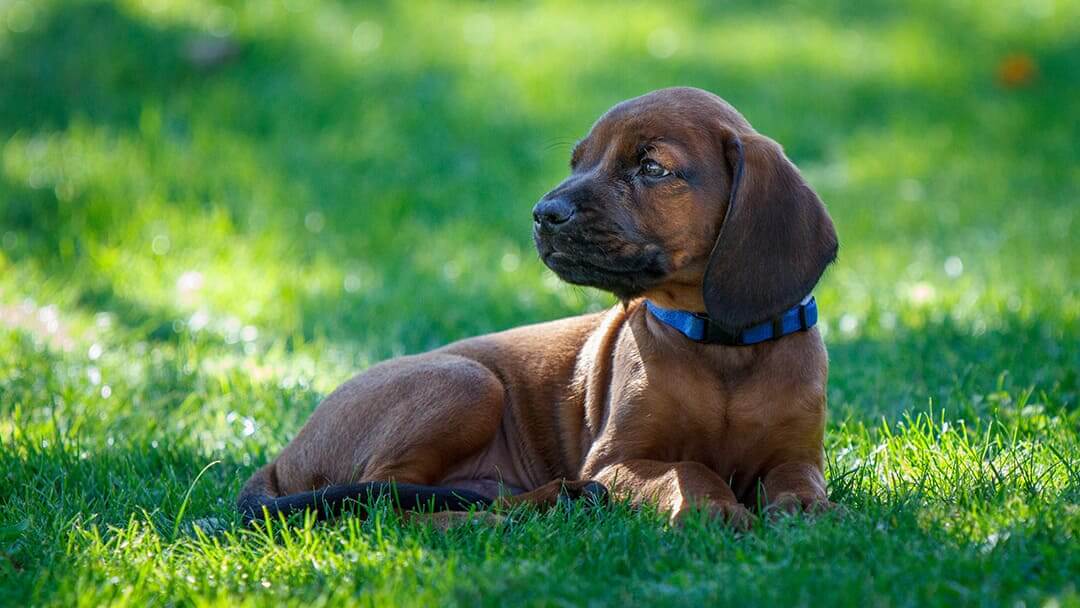 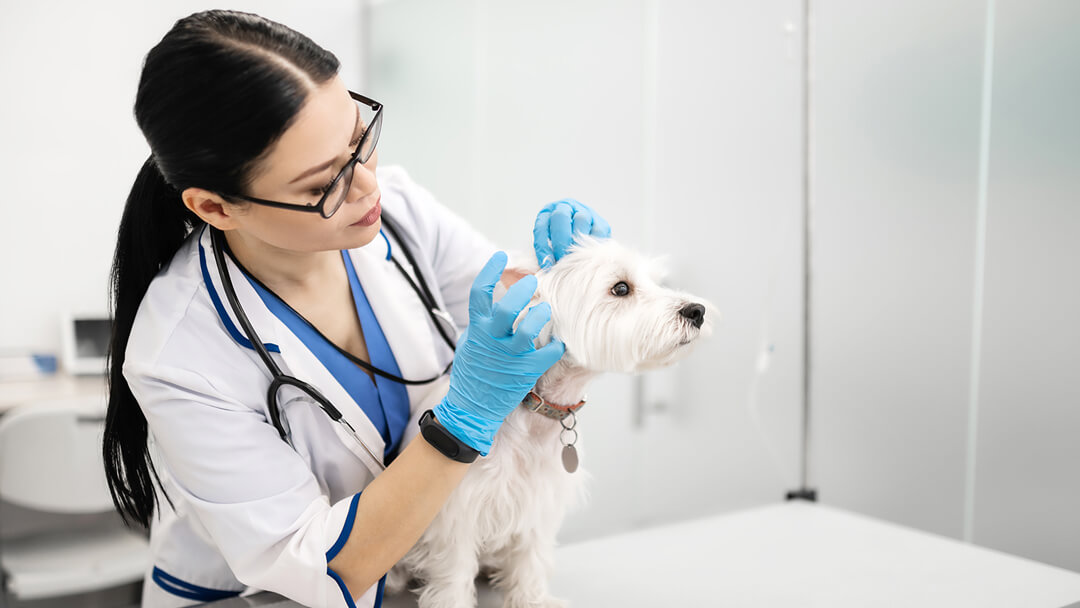 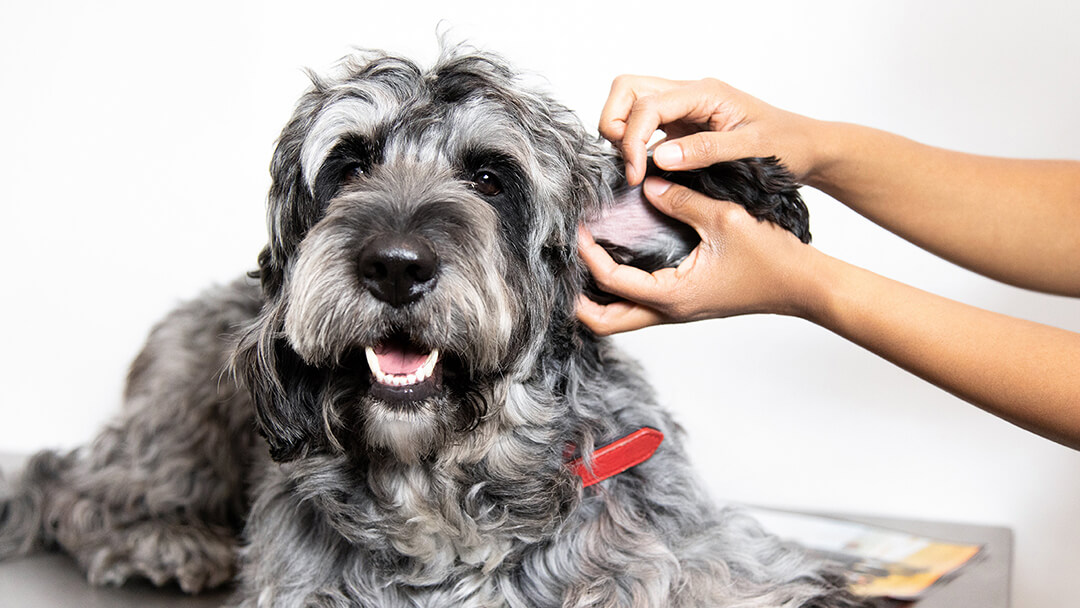 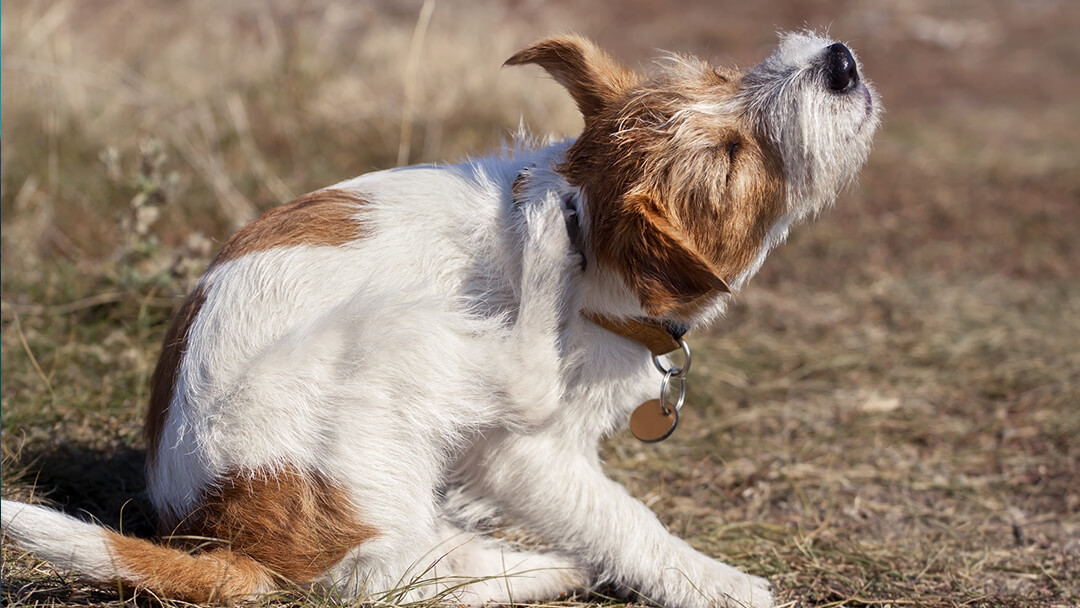 Recognising and Removing Fleas on Dogs