Like a panther in miniature, the Bombay is an elegant yet strong, muscular cat of medium build, with a jet-black coat that has the gloss and shine of patent leather. Their head is rounded, with rounded ears and a broad muzzle, and perhaps their most striking feature is their glorious copper/gold eyes, which are round, full and expressive. 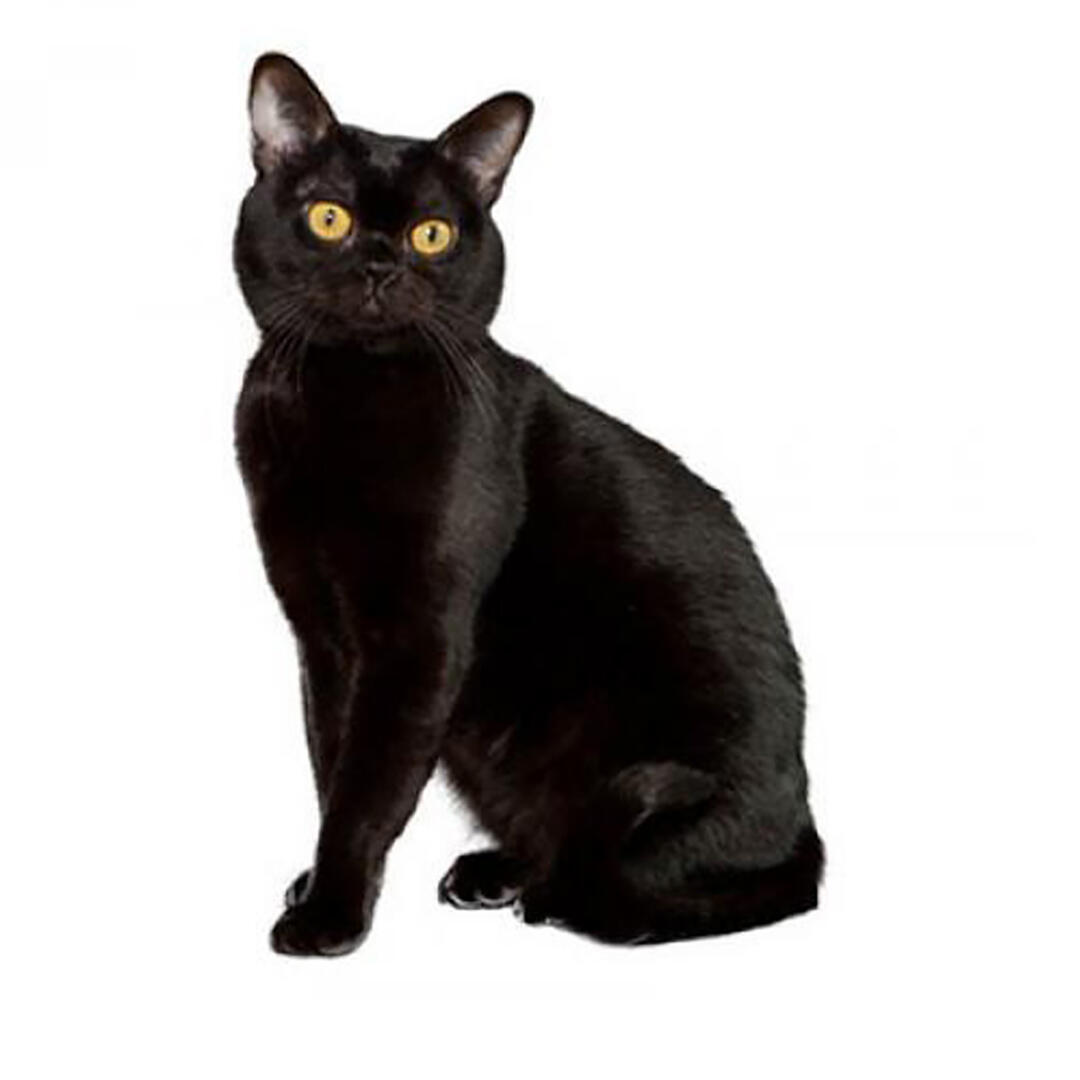 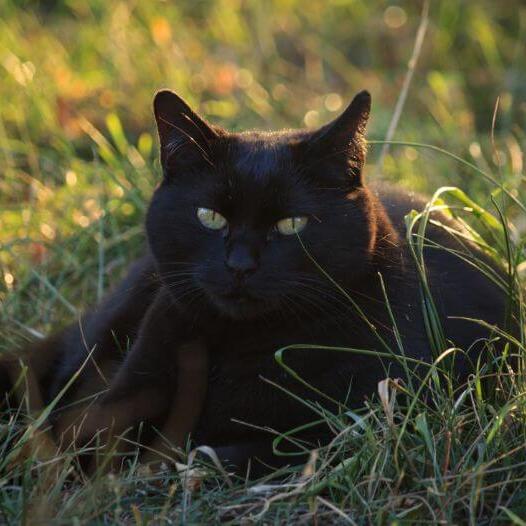 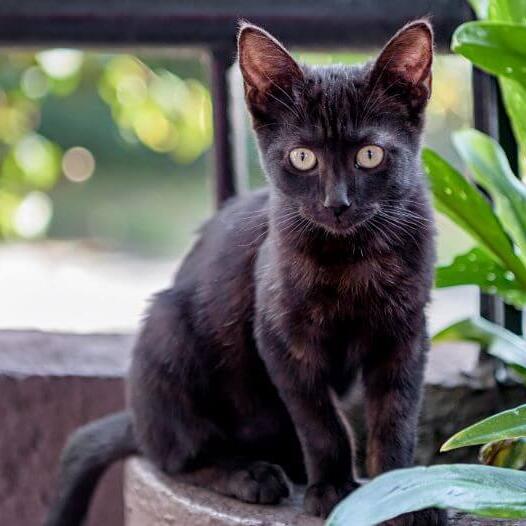 Bombay cats can suffer from:
- Polycystic kidney disease which is an inherited condition where cysts form in the kidneys. This affects kidney function and can eventually lead to kidney failure. However, it is worth noting that the risk of developing this disease in this breed is lower than in other cat breeds that are prone to the problem.
- Burmese head defect which is a condition where the face and skull do not form correctly.

Testing available:
- DNA testing for polycystic kidney disease and Burmese head defect which tests whether or not a cat has the potential to be affected by these conditions

Like a monkey, cat and dog all rolled into one, the Bombay is a very personable, if mischievous breed, inclined to invent new ways to entertain themselves if given the opportunity. They are outgoing, intelligent and friendly, and will get along well with family, other pets and friends.

The Bombay was created in Louisville Kentucky by a breeder who wanted to produce a ‘parlour panther’ - in other words a jet-black cat with stunning copper eyes and a lithe, muscular build. There is little doubt that the Bombay very much fits this brief!

Ms Horner began her efforts in 1953 by breeding a black American Shorthair with a particularly strong eye colour, to a sable Burmese female. Through a long process of selective breeding, outcrossing and strict control over the line, she was able to consistently produce a striking black cat unlike any other.

While a potential cat theft risk, access to a secure garden or purpose-built cat run will be appreciated. The Bombay will enjoy climbing and sunbathing, pouncing on leaves and lurking in hidey-holes, so be creative with your ‘catio furniture’ and enrichment opportunities. This is a striking looking cat that could be mistaken (at a distance and by the more whimsically minded) as a stray big-cat, so to avoid dramatic newspaper reports, or theft, it is best to keep your cat secure and not allow unsupervised outdoor access.

This is a clever and inventive cat, so owners will need to provide a wide range of toys, cat trees and puzzles - and try to rotate which items are available so that none become boring. Bombay cats can be lead trained and taught to fetch, and a skilled slicker trainer could easily teach them a wide range of tricks and useful behaviours (teaching a cat to go into a cat carrier on cue is extremely useful for trips to the vet!). Without sufficient entertainment and enrichment from you, the Bombay is inclined to create their own fun, and taking personal items and hiding them, and knocking things off high shelves, are some of their favourite options!

Whilst the Bombay is capable of grooming themselves, it is sensible to be in the habit of grooming your cat once a week to facilitate bonding and handling. A greasy coat is a sign your cat is not self-grooming at all and this may indicate poor health.

For the family with time and older children who can respect a cat’s space, the Bombay is a great family pet. As with all cats, they may find a very hectic household somewhat stressful, and they do require someone to be at home for a good part of each day.