A noble, dignified-looking hound, the Afghan Hound stands proudly and elegantly, with their long, lustrous coat as their crowning glory. 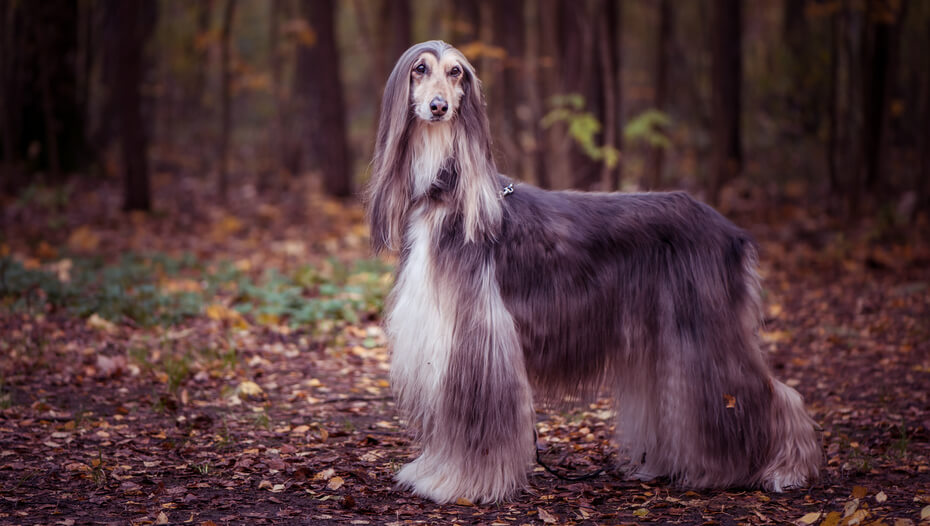 Often aloof with strangers, early socialisation is a must for this regal dog, as is early puppy training. With their family and those they know, there’s no hint of standoffishness – they are wonderfully loyal and loving - and a bit of a clown. 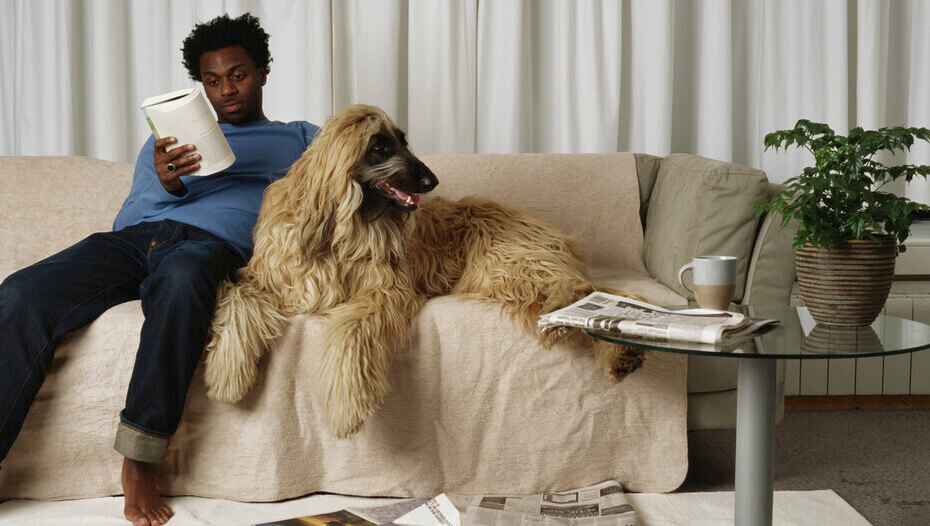 Possibly the most glamourous of the sighthounds, the Afghan is probably a descendant of the Saluki brought to Afghanistan from Persia. As the climate in Afghanistan can be punishing - especially in the mountains, the dogs developed a longer coat as protection as they worked pursuing a variety of prey of all sizes including hare, gazelles, wolves and even snow leopards.

The dogs were highly prized by the Afghan nomads who would gather together every year for a festival to celebrate their dogs and would dress them with traditional necklaces and flowers.

The earliest Afghans appeared in the UK in the 1920s but thanks to their glamorous appearance, they soon became extremely popular.

An adult Afghan Hound needs a moderate amount of exercise (1-2 hours) but does need the opportunity for free running.

A large dog, the Afghan appreciates space - both indoor and outdoors. Most importantly however is having access to safe, secure areas to run that are far from roads or any other hazards.

Large breed dogs benefit from a different balance of nutrients including minerals and vitamins compared to smaller-breed dogs. Afghan Hounds are prone to bloating and stomach problems; smaller, more frequent meals can help minimise this risk.

The glamorous, long, silky coat of an Afghan Hound comes at a price: it is labour-intensive to keep it in tip-top condition, with daily grooming recommended to prevent tangles and mats, and regular bathing required to keep it clean. Fastidious grooming is especially important when they lose their puppy coat, to avoid the new coat matting with the old.

Like most sighthounds, Afghans rather look down on the whole idea of training but early socialisation is important - as is training them to walk on a lead. It is worth putting the effort into training a good recall - although it shouldn’t be relied upon if a squirrel is spotted! Once an Afghan is enjoying their thrill of the chase - or even just of running free - all thoughts of recall leave their minds. If they are to live with cats, puppies should come from a breeder who has raised them together - or else time and care must be taken. They may never be reliable with strange cats or other small animals.

The Afghan Hound makes a good family dog - although prefers a quiet home with constant company and so they are better with older sensible children.