Greyhounds are the racehorses of the canine world, incredibly fast, graceful and elegant. These dogs are muscular and strongly-built. Their sweet nature and friendly attitude make them ideal companions for dog lovers. 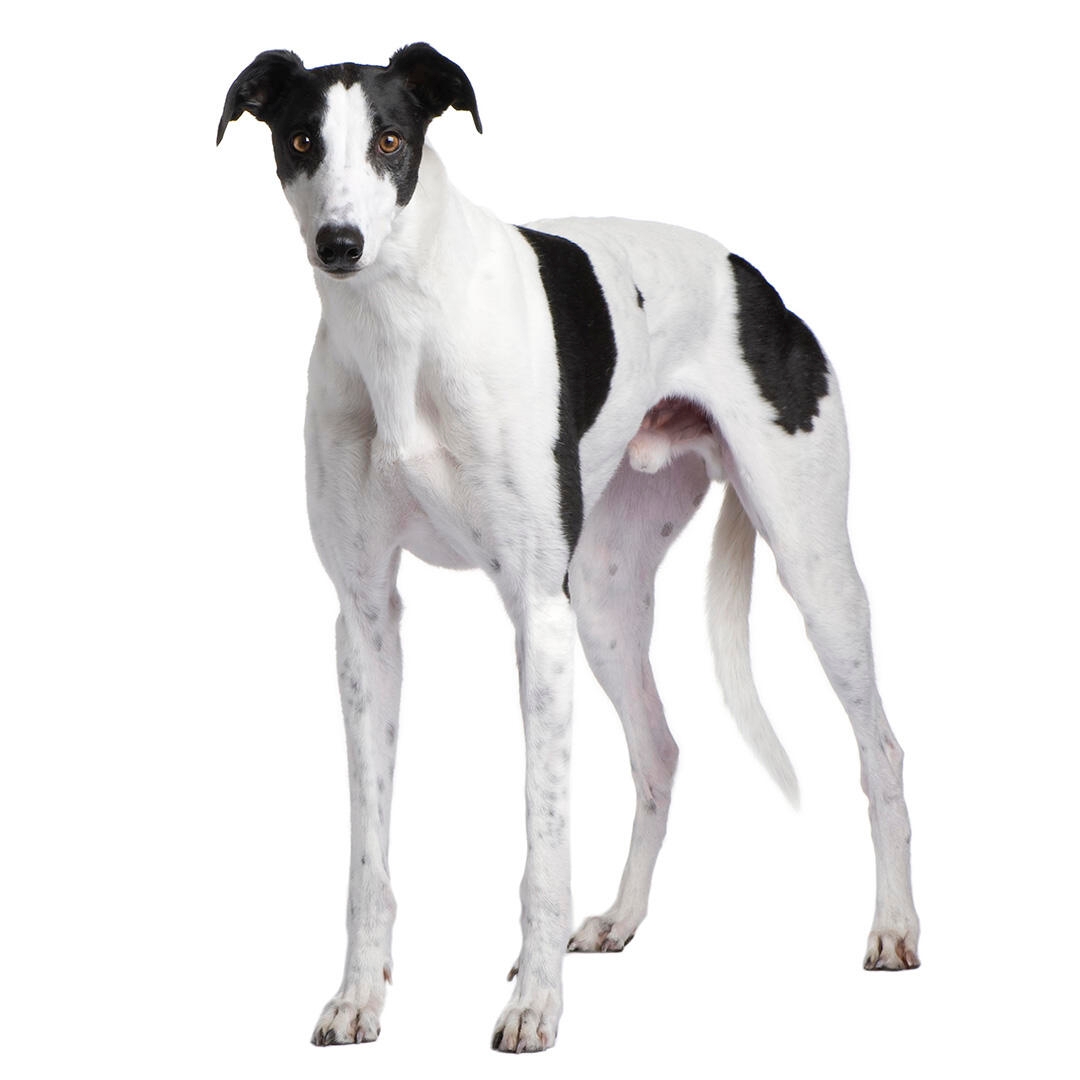 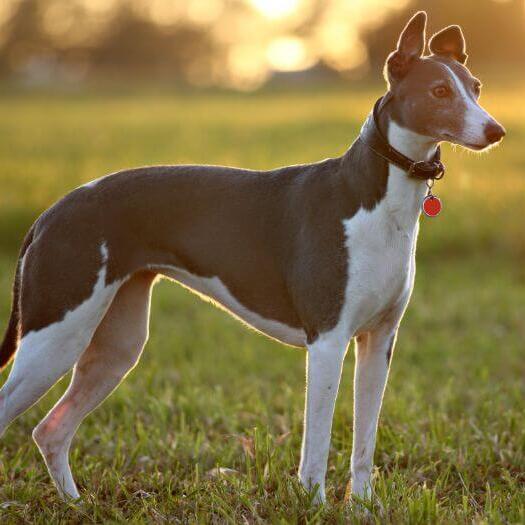 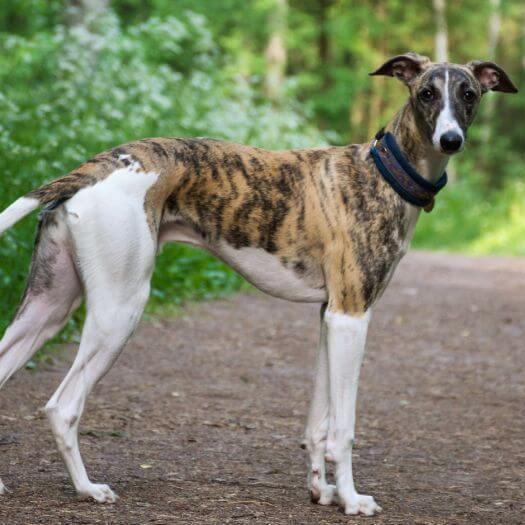 The Greyhound breed may be prone to:
- Gastric dilatation volvulus
- Dental problems including decay and tooth loss.
- Osteosarcomas¹ which are a serious type of bone cancer.
- Greyhound neuropathy an inherited disease that causes muscle wastage.
- Malignant hyperthermia which is a serious disorder that causes a sudden increase in body temperature and muscle rigidity.
- Dilated cardiomyopathy² which is a condition where the heart muscle becomes progressively weak and cannot beat properly.

These dogs are calm and social. When indoors and can even be rather lazy. They are sensitive dogs who can make ideal family pets if given the right owners! While they are gentle by nature, their natural hunting instinct is always present and owners must be willing to take on the necessary responsibilities that go with the breed. Greyhounds are affectionate with their families, though usually aloof with strangers. They normally get on well with other dogs in the household, but cat owners should exercise extreme caution.

The Greyhound is an ancient breed having been depicted in ancient art more than 6000 years ago. They were used for coursing antelopes, wolves and deer, and became extremely popular, spreading through the Near East and Europe, eventually arriving in Britain.

There are many arguments about where the breed name comes from but many think that it was originally the Great Hound, as once in England, they became the dogs of nobility. About 1000 years ago a law was passed saying that only royalty were permitted to hunt with Greyhounds and ‘common folk’ were forbidden from owning them. When the great forests of the nobility started to decline, the Greyhound found other work. They were used in coursing hares. Later, track racing took over, which proved them to be the fastest dogs on earth: only the cheetah can beat them for speed in the animal world! While Greyhound racing continues today, the Greyhound has won many fans with their gentle, affectionate, relaxed personalities.

You’ll need a strong sense of humour and bucketloads of patience - young sighthounds can be very wild and silly, and take some time to settle down, mature and grow up. Greyhounds are sprinters rather than stamina runners so access to secure areas big enough for them to really stretch out is vital, as is a large secure garden. Be aware that an adult rescue greyhound from a racing track is not at all the same prospect as a puppy from a good breeder – they’re both nice dogs, but a very different challenge.

Although Greyhounds are the most athletic of all domestic dogs, they do not need copious amounts of exercise. Two 20-minute runs a day will usually suffice. They are known as the 40mph couch potatoes – needing a good, fast sprint, not miles of walking. Most Greyhounds are not safe to be let off the lead due to their tendency to chase anything small and furry that moves. They are also known for having a very aloof attitude to training. Note: a warm coat may be needed in cold weather.

For such a large dog, a Greyhound doesn’t need much space as long as they have a comfy sofa. They do need access to a secure space to run however

Large breed dogs, as well as having large appetites, benefit from a different balance of nutrients including minerals and vitamins compared to smaller-breed dogs. Greyhounds are prone to bloating and stomach problems; smaller, more frequent meals can help minimise this risk.

One of the easiest breeds to look after with regard to their coats, the short, fine coat needs just an occasional brush over.

While a Greyhound can learn to walk on the lead and even sit and lie down on cue (on a soft surface), dog training is very low on a list of Greyhound skills. While owners should most certainly train a recall, this isn’t something to be relied upon and most will have to stay on the lead except in totally enclosed area where they can run.

Most Greyhounds will chase small animals and cats - and can and often will kill them if they catch them. Some will need to wear a muzzle when out to prevent this. They can be trained to get on with their own cats (with extreme care) but shouldn't be trusted with others.

Greyhounds make fabulous family dogs, being relaxed, affectionate and quiet. They may find a noisy boisterous family too much for their sensitive natures however.

The Greyhound is the fastest dog on earth reaching speeds of over 40mph on short sprints.