The Tervuren is a long-haired dog, medium sized and with an athletic build. Square in appearance with a sharply intelligent face, pricked ears and alert expression. Often confused for a long-haired German Shepherd Dog, the Tervuren is a much lighter, racier build with a more refined head. 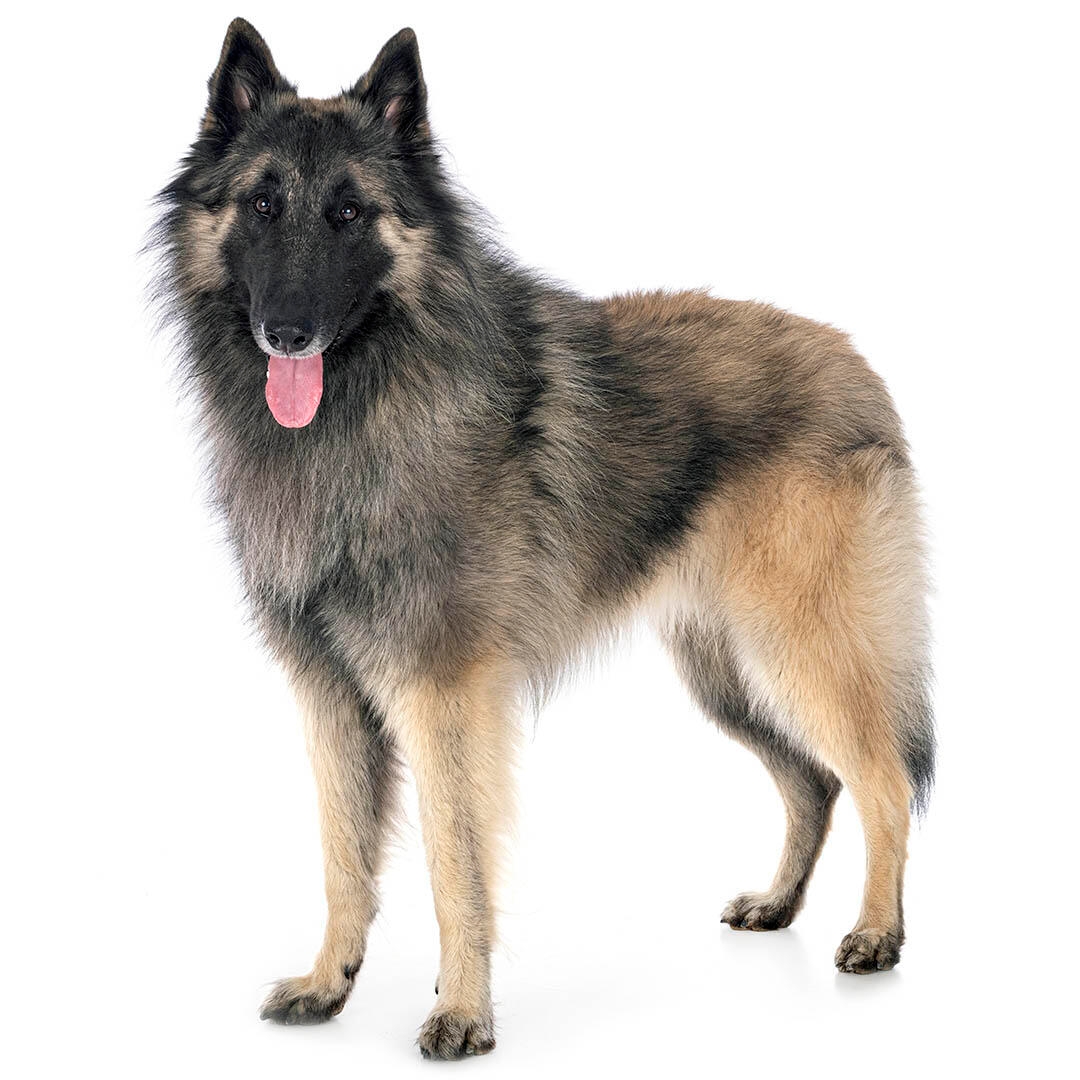 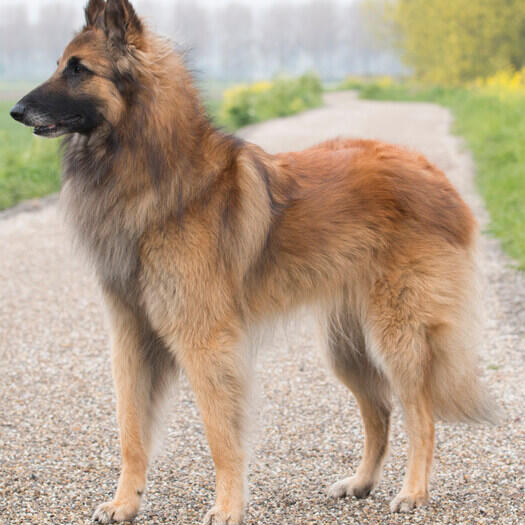 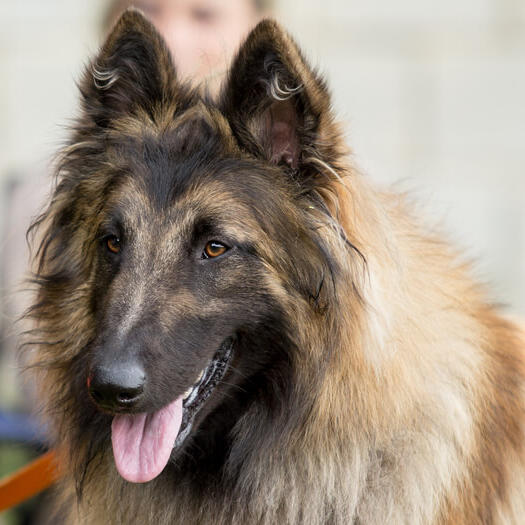 Clever, eager, intelligent and sensitive, the Tervuren is capable of achieving high levels of training with the right handler and home. Their abilities in herding, driving and guarding remain strong, but unlike other members of the Belgian Shepherd group, they are not so intense and possess the ability to switch off and relax. They are wary around strangers, but should be quick to warm up once someone is introduced as a friend. The Terv is good with respectful children of their own family and can make a great household companion in the right home.

One of four varieties of Belgian Shepherd (the others being the Malinois, the Groenendael and the Laekenois), the Tervuren is more closely related to the Groenendael than to the other two. Where the Groenendael is always black the Tervuren comes in a range of shades of red, fawn and grey with black shading to the hair, and is thought that at one point these were one and the same breed, with the solid blacks that became the Groenendael being split out and bred only to one another, leaving the Tervueren as its own breed. Used as sheep herding and driving dogs, with a secondary role as watch and guard dogs, they are an intelligent breed, keen to work with their people but also capable of making independent decision where there is no instruction from an owner or handler.

Although initially classified as a single breed with as many as eight coat types/sub-types, in 1905 it was decided to separate the types into their own respective breed standards, although the First World War hampered this and in 1920 with breed numbers low, careful inter-breeding of types was permitted once again. Today interbreeding is not permitted and the Belgian Tervuren is recognised as a separate member of the four Belgian Shepherd breeds in most countries including the UK.

Experienced in clever, fast thinking herding types, with a strong desire to train and walk many hours a day. The Tervueren owner is fit and energetic, but calm and sensible as well, to both match and manage this dog’s nature.

Bred to work, moving, herding and to some extent protecting livestock, the Tervuren likes to keep moving and will require two hours exercise per day, with training and games on top of this. Although they won’t appreciate hot weather and should be exercised early and late to avoid this, rain and wind will not put them off their daily walks.

Suitable for most homes either in the rural suburbs or totally rural home, they are a little too sensitive for busy, city dwellings. A large secure garden is vital for training and play at home, and access to a variety of fun, engaging walking routes is a must.

The Tervuren is a long-haired dog that needs a fair amount of grooming. They have a long, straight and profuse outercoat with an extremely dense undercoat. This undercoat is shed twice a year in the case of bitches and in males, generally once a year. Check the furnishings on legs and the paws and ears for debris after walks.

The Tervuren is a dog who will love training and learning new skills, tricks and behaviours. You’ll need to enjoy training for its own sake, and working to build a bond with your Terv, as they are no couch potato. Fortunately, the Tervuren is easily capable of excelling in a variety of doggy sports and activities such as agility, obedience, Hoopers, Rally-O and much much more so there will be a sport or game that you and your dog can enjoy together. A sensitive breed, the Tervuren will respond well to positive reinforcement methods such as clicker training and the use of food and toys a motivators. Heavy, harsh handling and the use of aversive methods will switch this dog off and turn them into a nervous and potentially aggressive wreck.

Great for quiet families with older children or no children, who have the time to dedicate to training as a hobby, and of course long walks. Likely to be too wary and sensitive for busy households with very small children or a constant stream of visitors. While many dogs are traditionally thought of as being good with children, all dogs and children need to be taught to get on with and respect each other, and be safe together. Even so, dogs and young children should never be left alone together and adults should supervise all interactions between them.

The Belgian Tervuren was, if you lived in the UK at least, on our screens most weeks for 14 years, as the dog who played Wellard in EastEnders was in fact a Belgian Tervuren. Wellard was played by three bitches; Zenna, her daughter Chancer and then Zenna’s granddaughter Kyte, who had the role for 7 years until Wellard’s on-screen death in 2008.