A small but sturdy little dog, the Bolognese has a white coat that is described as ‘flocked’, never curly but distinctly ruffled looking and long. These amazing furballs are known to be affectionate but a bit stubborn at time. Bolognese are very loyal to their human families, but also tend to come with a personality twice their size. 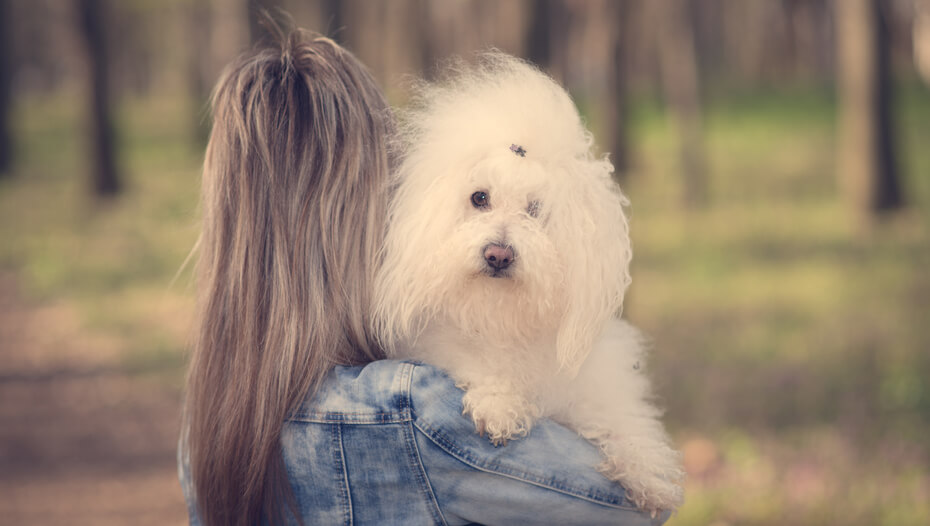 The Bolognese is a true companion dog, bonding closely with their owners and disliking being separated from loved ones. They are typically reserved with strangers and will bark to alert their owner to anything new, unusual or strange. Despite their small stature and cuddly nature, they are an intelligent dog, and a quick learner. Training should be provided to keep their active minds engaged. 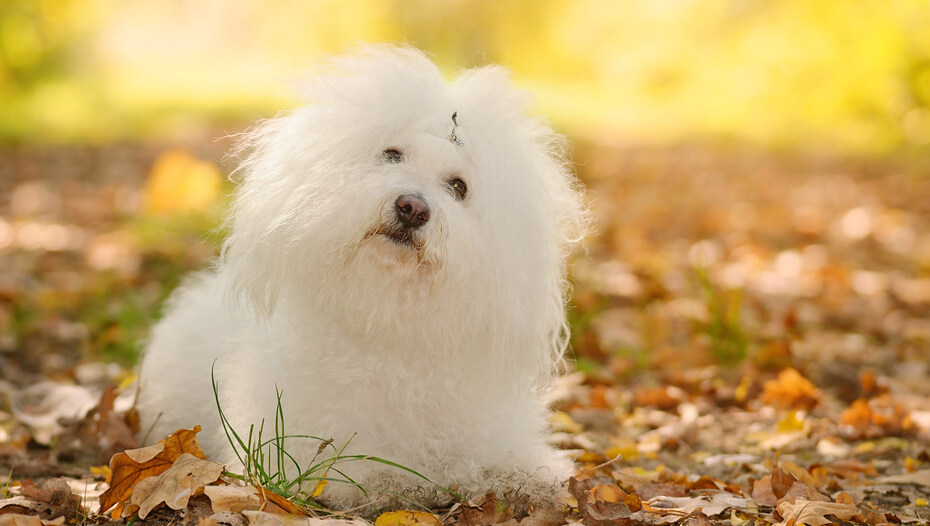 Probably descended from the bichon (small, white, fluffy) breeds of southern Italy and Malta the Bolognese was developed in Bologna, Italy and has been known since as early as the 11th and 12th centuries. Popular with ruling families and nobility having been owned by aristocrats such as Madame Pomadour, Louis XIV of France, Philip II of Spain an Catherine the Great of Russia, these dogs were commonly gifted as companion dogs between regions and countries. There is even talk of Bolognese dogs being routinely fed from solid gold bowls and even having servants!

Despite their enchanting personalities the Bolognese remains, as it always has been, a rare breed.

The Bolognese dog is generally a healthy breed with no widely recognised breed specific health problems.

More than capable of an hour of dog exercise per day, the Bolognese is small enough to entertain in a decent sized garden should the need arise. As far as the Bolognese is concerned, time spent with their owner is time perfectly spent, and they are small enough to be easily carried should a walk prove a little too long and so are a ‘take anywhere’ dog.

The Bolognese will happily live anywhere in any style of housing as long as there is access to a secure garden to play in and their owner is with them the majority of the time. This companion breed will not fare well left alone for long periods and should be taught to cope with short durations of separation from their owner as it does not come naturally.

Toy dogs such as the Bolognese, have a fast metabolism, meaning they burn energy at a high rate, although their small stomachs mean that they must eat little and often. Small-breed foods are specifically designed with appropriate levels of key nutrients and smaller kibble sizes to suit smaller mouths. This also encourages chewing and improves digestion. Discover more about how to offer your dog a balanced diet with our easy-to-follow guide.

The long Bolognese dog's coat is prone to tangling and needs to be combed every day, paying particular attention to the stomach, behind the ears and the legs. As they do not shed, dead hair has to be removed by grooming. Although easy to wash, dry and groom it is sensible to get a puppy accustomed to grooming table, bathing and visits to a professional grooming salon to keep them clean and white. Find out more about dog grooming and dog bathing with our daily care articles.

The Bolognese is easy to train using positive reinforcement, and should be trained as they are smart and clever. Small though they are, the Bolognese is still a dog and is a better companion for some basic training, and a happier dog if given some mental stimulation as well as regular physical exercise. Early puppy socialisation is a must to ensure these reserved little dogs are confident and happy in all situations. They can be slow to toilet train so patience is required.

Reserved and easily mistaken for a toy by younger children, they are suitable for quieter homes, families with older children or retired couples or singles.

Despite their rarity now the Bolognese was so popular they were owned by the likes of Catherine the Great, Madame De Pompadour and Empress Maria Theresa of Austria. They have also featured (alongside their owners) in works of art by Titian, Goya, Gosse and Watteau.