The German Pinscher has a cheerful yet fearless nature, with a bright and alert expression. They are robust and muscular in build, but also very elegant with their short smooth coat and their black and tan shades. 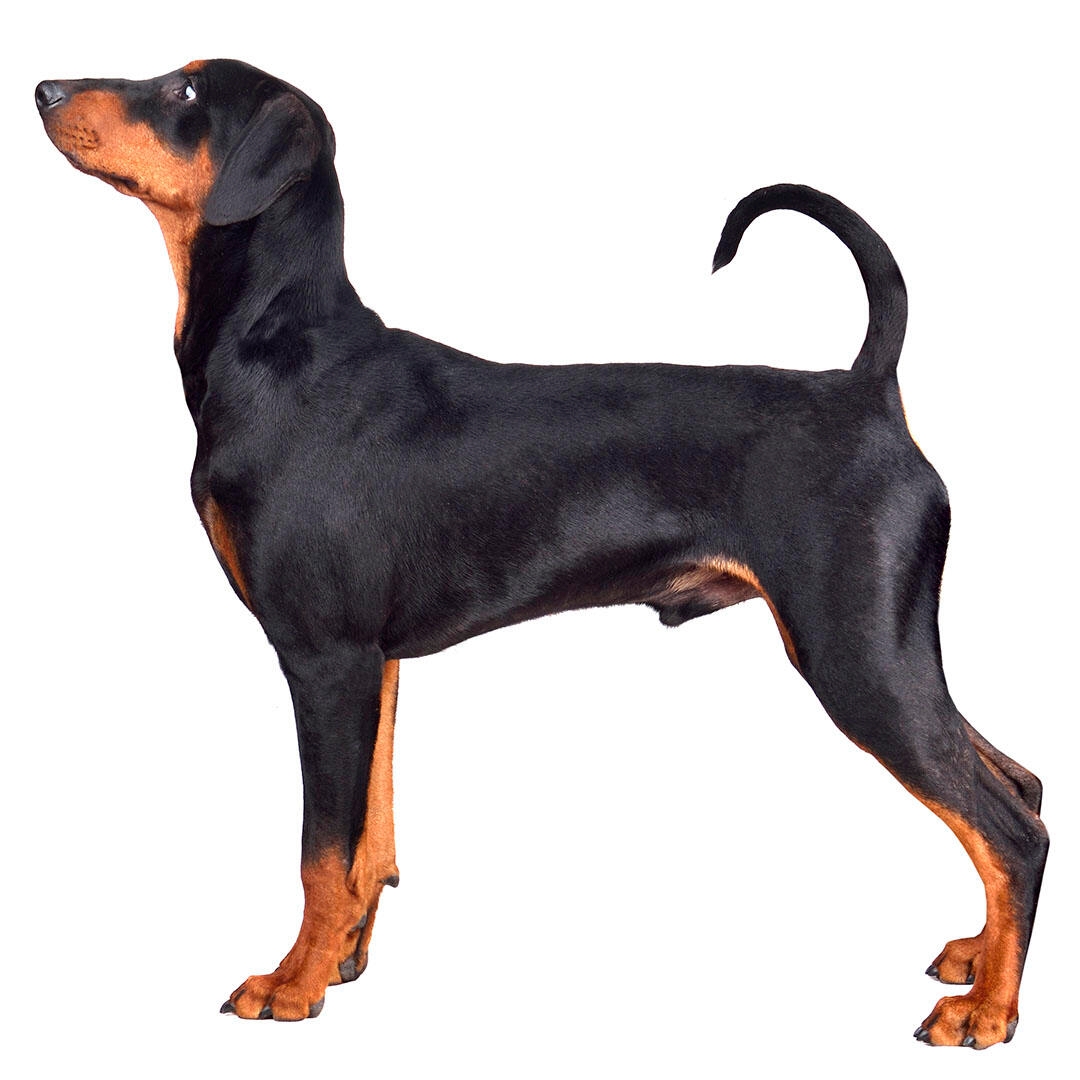 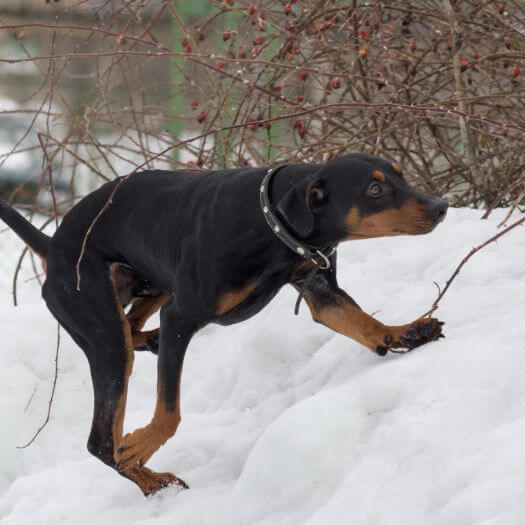 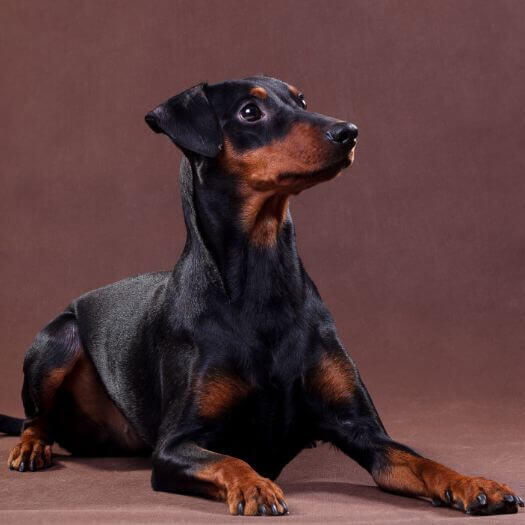 As with many breeds, the German Pinscher can suffer from:
- Cataracts¹ which is a condition where the lens in the eye becomes cloudy and this can result in blindness.
- Persistent right aortic arch¹ which is where the blood vessels leading out of the heart do not form correctly.

The German Pinscher is clever, alert, and quick to react. An independent thinker, they need an experienced owner who knows how to keep them entertained and well trained. The German Pincher has a high prey drive and in-built desire to hunt by sight and scent, as well as a natural tendency to guard and alert owners to anything unfamiliar, unusual or suspicious!

Trainable with the right motivation, the German Pinschers are easily capable of a variety of canine activities and will enjoy working with their owner, using their quick minds to solve problems and learn.

The German Pinscher as the name suggests, originated in Germany as a working farm and stable dog. Their role there was ratting and general vermin hunting, and as a vocal guard/watchdog. This role required a nimble and fearless dog, willing to dive in and dispatch rats in muckheaps or even around horses’ feet, and warn their owners of intruders, chasing them off if necessary.

Recorded as far back as the 1800’s, German Pinschers were originally seen in both the smoot-coat and the rough-coat versions. It is thought the rough coated type is the ancestor of today’s Standard Schnauzer. The German Kennel Club recognised the German Pinscher in 1879, but it was not until the late 1970s that the breed was seen in the UK and they were not recognised by the Kennel Club until the late 1980s.

As far as the German Pinscher is concerned, their idea of heaven is life on a stable yard, ratting in the barns and muck-heaps and accompanying riders out hacking. If that isn’t the lifestyle you can offer, you’ll need to come up with some suitable alternatives – long country walks, fell-running, Man-trailing and lots of toys to fulfil their predatory desires. This is a smart and easy to keep breed if their needs are met, but without good socialisation and ongoing training may be hard-work!

The German Pinscher needs an hour of dog exercise minimum per day, which should involve some free running and scenting opportunities and should include a variety of routes and locations to keep their minds interested and satisfied. More will happily be accepted as this is a hardworking and energetic breed who, if left mentally and physically unfulfilled will be unhappy, unsettled and difficult to live with!

Neat and compact, the German Pinscher will fit into any size home and do well in both country or town, as long as you have access to safe spaces to exercise and a secure garden for training and play. Keep in mind their watchdog nature however as close neighbours will not appreciate the sound of an unsocialised or untrained German Pinscher alerting to every sound for miles around!

The German Pinscher needs to have a balanced diet including all the main nutrient groups and a constant supply of fresh water. It's also important to conduct regular body condition scores to ensure you keep your dog in ideal shape and remember to feed him at least twice daily and in accordance with the feeding guidelines of their particular food.

The short, smooth coat of the German Pinscher is low-maintenance, requiring a quick brush through once a week. You can find out more about dog grooming and learn daily care tips with our article.

Clever and independent, you will have to work consistently to get a German Pinscher on your side. However using positive reinforcement and understanding that they are motivated by food, toys and the opportunity to hunt, follow scent, dig and run, you can achieve a high degree of dog training. Pay careful attention to recall and encourage dog socialisation with other animals, particularly cats, and of course children. The German Pinscher can do well at a variety of dog sports such as agility, hoopers, man-trailing and more.

Suited to families with older children as the German Pinscher is a sharp witted, quick reacting little dog with a fearless nature and less inclined than some to tolerate loud babies and wobbly toddlers. Once children are old enough to assist with training and exercise however, the German Pinscher can be a fun and engaging companion for the whole family.