The tallest of all dog breeds, the Irish Wolfhound is also graceful and athletic. These dogs are true sweethearts and will get along with the entire family, provided there is enough space for their large stature. 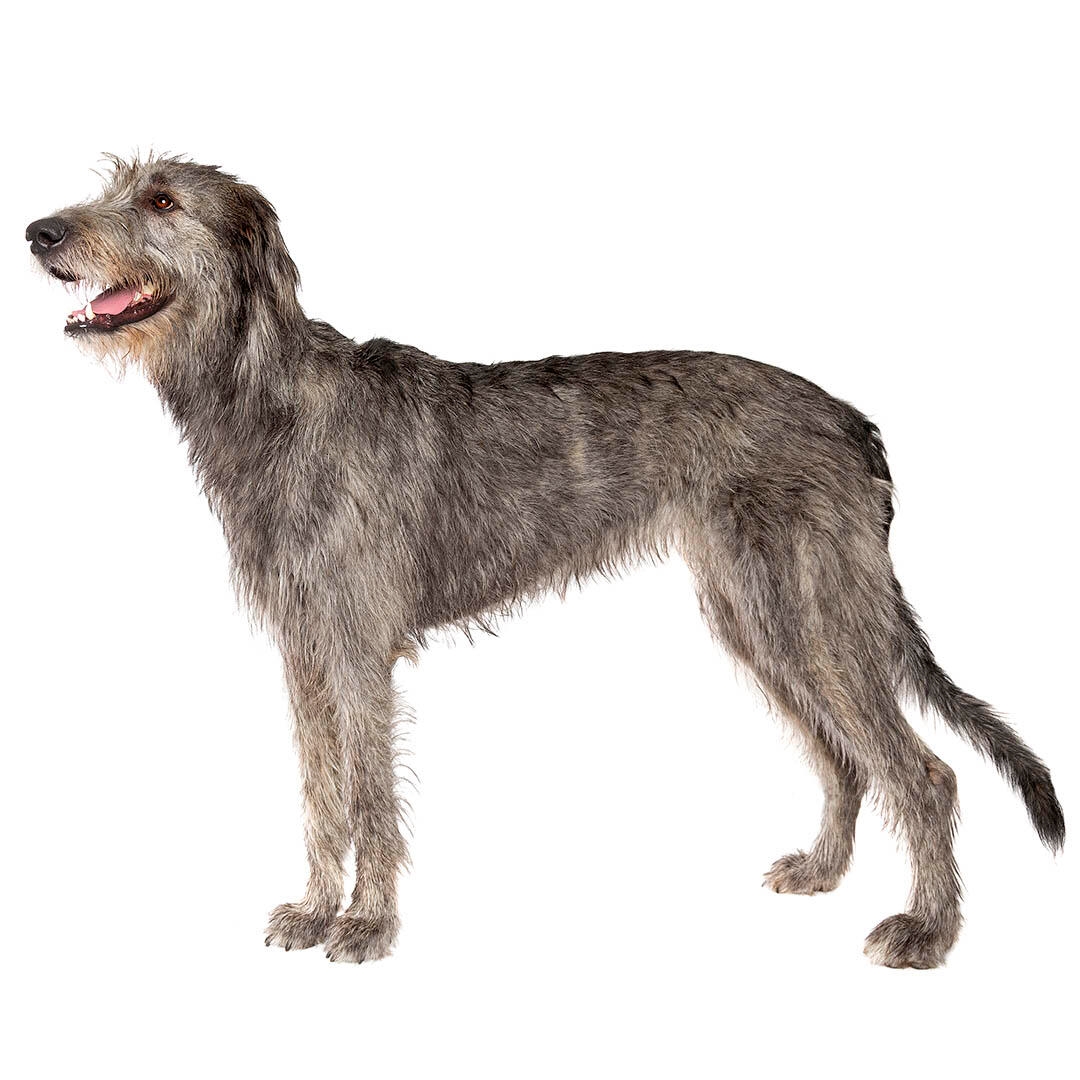 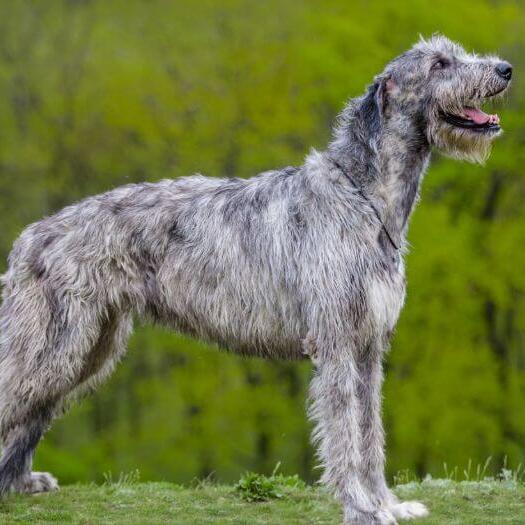 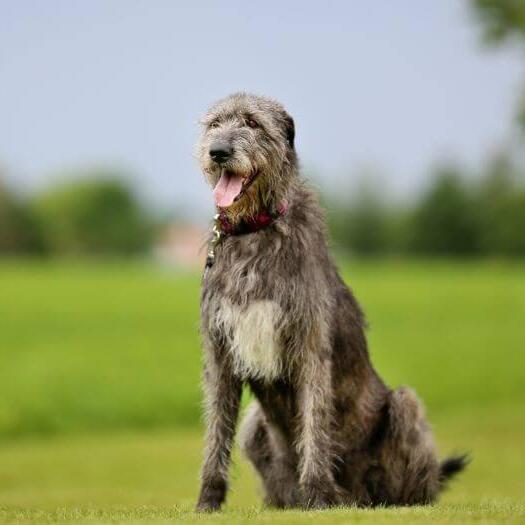 The Irish Wolfhound is predisposed to:
- Gastric dilatation volvulus
- Osteosarcoma which is a serious type of bone cancer
- Dilated cardiomyopathy¹ which is a condition where the heart muscle becomes progressively weak and cannot beat properly
- Glaucoma which is a painful condition where the pressure in the eye builds up
- Progressive Retinal Atrophy which is an inherited disorder where part of the eye degenerates and wastes away which can result in blindness
- Portosystemic shunts²

Friendly and kind, the Irish Wolfhound dog is the gentle giant of the dog world. However, pups and young adults are energetic and boisterous so they may not be ideal for a family with young children. Irish Wolfhounds usually get on well with other dogs but some can be intimidated by his size. The sheer enormity of his eventual size makes him unsuitable for many families, but for those who can accommodate his needs, he is a devoted companion.

The Irish Wolfhound dog is an ancient breed related to the sighthounds brought to the UK 3000 years ago by Phoenician traders. Once in the UK, these dogs were crossed with Mastiffs to produce something that looked like a giant Greyhound.

This mixture of breeds found its way to Ireland where it was probably crossed with the Irish Sheepdog to become the Irish Wolfhound. These dogs became almost legendary in Ireland for their abilities to defend sheep against wolf attacks - and indeed became so successful, the wolf population began to dwindle. The last wolf was killed in Ireland in 1786 and with no job to do, the breed’s popularity went into a period of decline and virtually died out until in the middle of the 19th century, Captain George Graham decided that such an iconic breed should be saved. He established a new breeding programme that included Scottish Deerhounds, Great Danes, Pyrenean Mountain Dogs, Russian Wolfhounds and the Tibetan Mastiffs. In reality rather than save the breed, he created a new one - but no one can argue that the result wasn’t impressive.

This is a huge dog that takes a really long time to mature – you’ll need to be prepared to live with a massive puppy for the first three years of their life, and that means not expecting sensible adult behaviour for quite some time. You’ll need to provide a lot of space indoors and out, and in your vehicle, particularly important as Wolfhound puppies should not be over-exercised, but still need to get out and see the world whilst young. Otherwise, be prepared for lots of time spent walking, training, and tidying up after this big hairy hound.

They may be huge, but the Irish Wolfhound is active and surprisingly fast and agile. A fully-grown, healthy adult Irish Wolfhound needs around two hours’ daily exercise with the opportunity for free running. Great care should be taken not to over-exercise immature dogs, however, to avoid skeletal problems. As well as walks, they enjoy a large garden to roam around.

The Irish Wolfhound needs space - both inside and out - and lots of it.

Giant-breed dogs, as well as having giant appetites, benefit from a different balance of minerals and vitamins, supporting different joint and cartilage needs. The Irish Wolfhound is also prone to bloating and stomach problems; try feeding smaller, more frequent meals to help minimise the risk. If you want to find out more about feeding your dog, check out our handy guide.

The Irish Wolfhound dog's rough, harsh coat is fairly low-maintenance, needing a brush through a couple of times a week.

While the Irish Wolfhound has a typical sighthound’s dismissive attitude to dog training, they do need to be taught to walk on the lead when young if owners want to have any hope of controlling such a giant dog when they are fully grown.

The Irish Wolfhound can make a wonderful family dog being quiet and friendly to all and devoted to their family. They are however way too big to live with small children - especially as they can be very bouncy adolescents. In a family with older, sensible children they can be perfect - if everyone remembers that there is nothing out of reach for this giant dog.