A very attractive small/medium-sized dog, the Kooiker dog holds his head proudly and is slightly longer than he is tall, with adult dogs standing at 35-40cm and weighing 9-11kg. He has a medium-length coat that is straight or slightly wavy and is white with orange-red patches. The ears are tipped with black and have longer hair, known as 'earrings'. 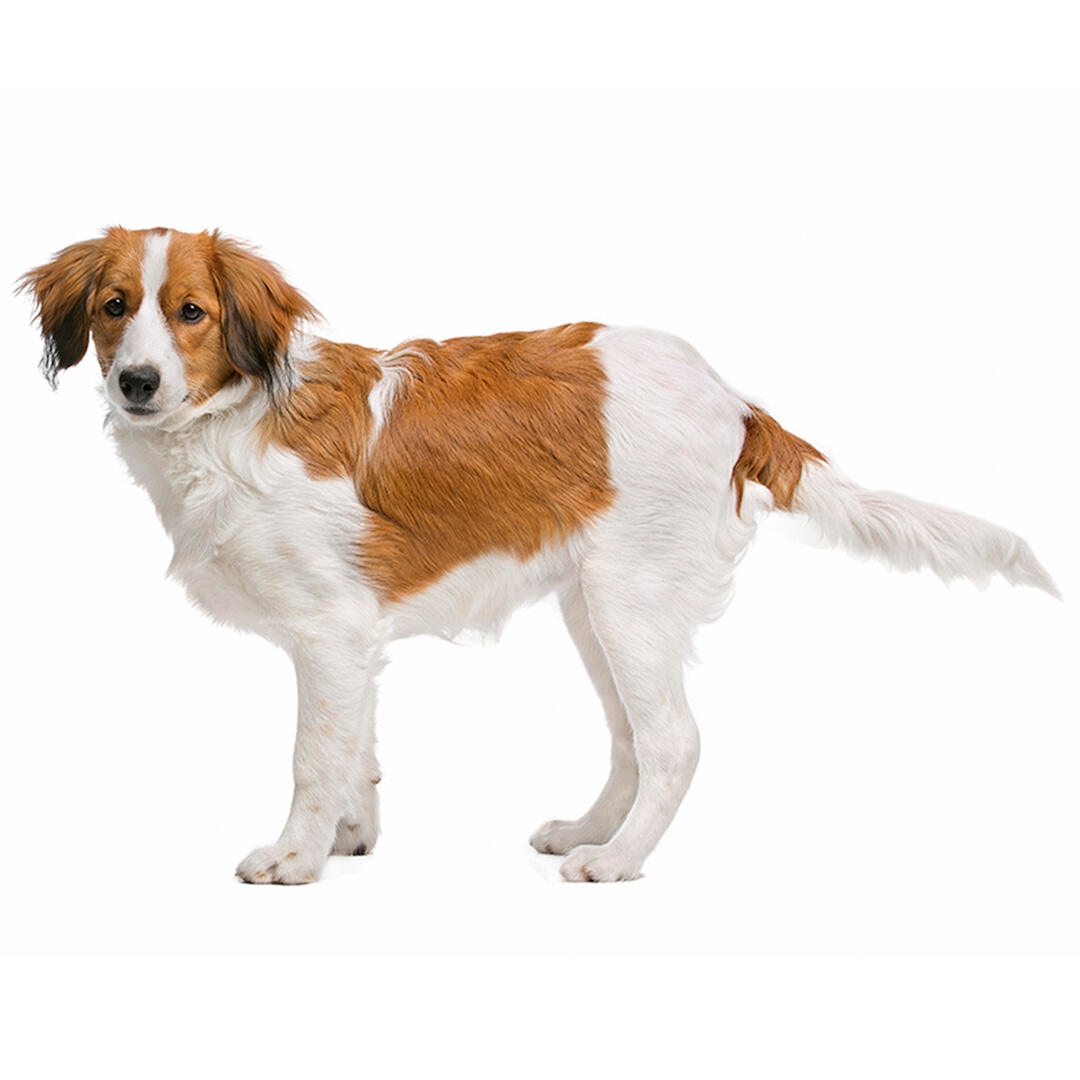 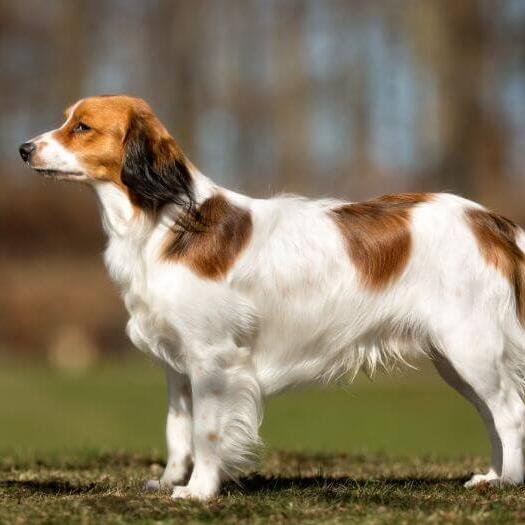 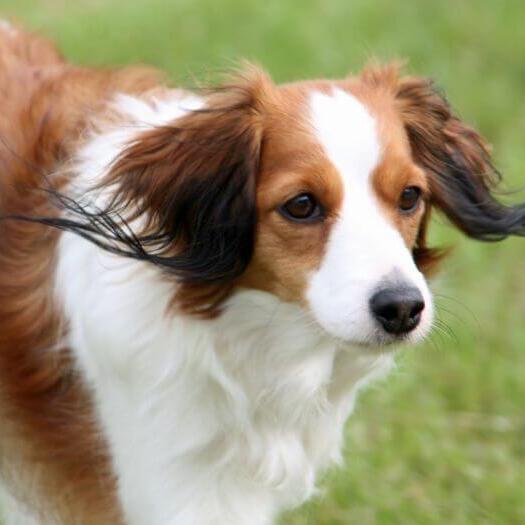 The Kooikerhondje breed can suffer from:
- Patellar luxation¹
- Hereditary necrotising myelopathy which is a serious disease affecting the spinal cord which can result in paralysis.
- Von Willebrand's disease² () which is where a dog produces insufficient or faulty clotting factors which can result in uncontrolled bleeding.

Friendly, alert, intelligent and good natured with people, the Kooiker can be aloof with those they do not know well, but loving and loyal to their family. Early socialisation working on keeping their attention around other dogs is vital as they can be unfriendly or even argumentative. However, they love training and being given challenges and problems to solve.

The Kooikerhondje also known as Kooikers or Dutch Decoy Spaniels, have been a recognised breed in the Netherlands since the 17th Century, thought to descend from spaniel types arriving from Spain in the 16th Century. The breeds original function was as a decoy dog, to attract the attention of ducks and lure them to the hunters’ nets. As unusual as this may sound, in fact there is another breed that lures ducks in this manner, the Nova Scotia Duck Tolling Retriever. It is thought that game keepers noted how foxes would gambol and play to lure in curious prey, and set out to produce dogs that could do the same under their guidance.

Kooikers still do this job today, however they are more likely seen in the show ring in the UK or as companions in the home. Only recognised by the Dutch Kennel Club in 1971, the Kooiker is now recognised by the UK Kennel club and was added to the Utility group in 2014.

The Kooikerhondje needs at least an hour of dog exercise per day, ideally more. It should come as no surprise to hear that this duck-luring dog loves water, and will happily dive into any they find on walks. Keep walking routes varied and incorporate training and games whilst walking to keep the Kooikerhondje entertained and motivated. A bored Kooiker is an unhappy Kooiker!

The Kookier is not demanding on space, but as a coated breed that adores the water, you will need a home designed to cope with dog hair and wet dog. A secure garden is vital, and this is a dog better suited to countryside living or very quiet suburbs as being a sensitive breed they are inclined to find busy, noisy environments rather stressful. Wherever they live, access to interesting and varied walking routes, particularly those with suitable swimming spots, is vital to keep the Kooiker amused and satisfied.

The Kooikerhondje needs to have a balanced diet including all the main nutrient groups and a constant supply of fresh water. It's also important to conduct regular body condition scores to ensure you keep your dog in ideal shape and remember to feed him at least twice daily and in accordance with the feeding guidelines of his particular food.

The water-resistant coat of the Kooikerhondje also resists mud. Once dry, it usually just brushes out. A groom through twice a week should suffice, but pay particular attention to the longer hair around the ears and to the tail and legs, as the feathering can tangle if neglected. Find out more about dog grooming and daily care with our article.

Truly a dog for those who enjoy dog training as a hobby, the Kooikerhondje can turn a paw to a variety of tasks, games and dog related sports. Their original job as a duck luring decoy meant they had to be closely in tune with their handler, picking up silent cues and working from the handler’s body language. This will translate well into agility, heelwork to music and a wide range of other activities, but in all aspects, positive reinforcement and kind, thoughtful handling will get the best from them.

A nice family dog for those with older children who have the time to put into training and exercising. Careful socialisation is required with other animals and other dogs, and so this may rule out homes with very young children.

In the UK the Kooikerhondje was originally placed in the Gundog group along with the other duck decoy breed, the Nova Scotia Duck Tolling Retriever. However, when they came off the import register, and after some discussion with breed clubs and breeders, it was decided to move them to the Utility group, because Kooikerhondjes do not work to the gun - instead they lure ducks into netted traps, and therefore they cannot be considered a gundog.