The Schnoodles are dogs that come in many guises, but are always a joy to have around. The breeds that make up the Schdoodle are the Schnauzer (Miniature, Standard or Giant) and the Poodle (Toy, Miniature or Standard).

The Schdoodle can be a first cross (with one Schnauzer and one Poodle parent), they can be bred back to one of any of the sizes of the original breeds, or be two Schdoodles bred together. 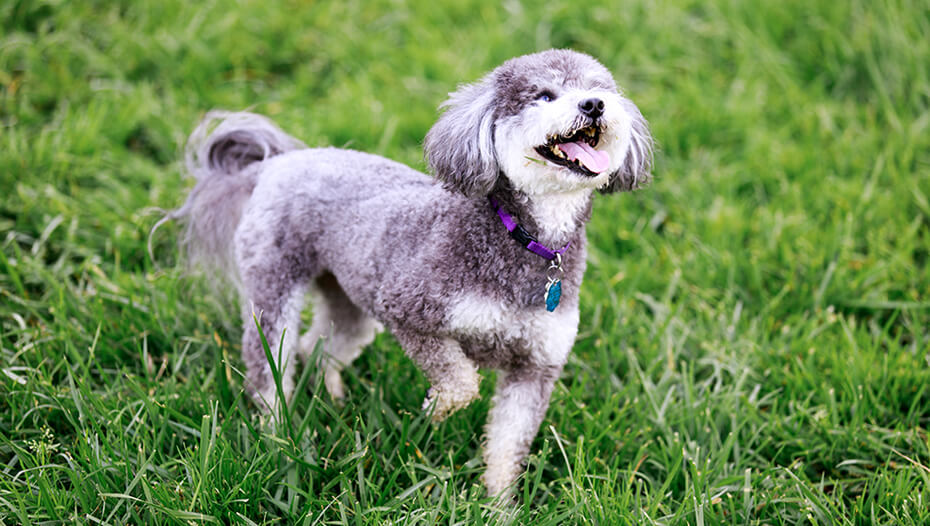 Like most crossbreeds, the personality of a Schnoodle depends on the parents and how they have been bred and reared. In this cross however the size of Schnauzer used has a marked difference in temperament as the Giant Schnauzer is a strong-minded, powerful, active working dog whereas the Miniature is far softer (although still with terrier-type tendencies!) and more of a companion dog.

The Poodle is a lively, sociable and affectionate dog who is both intelligent and amusing, and makes a wonderful and fun companion. They love to be included in all family pursuits and can be good watch dogs, announcing visitors but never being aggressive. The Standard Poodle is still at heart a working dog and can easily be the start of your training class, your agility group or in the obedience ring. They thrive with a job to do where they can work with their owner. The smaller poodles are still clever and active and many can be seen excelling in agility or training classes.

It is clear however from looking at the two breeds that make up the Schnoodle that this is an active dog (whatever its size) who needs a lot of exercise, training and input from owners. But personalities are hugely variable.

If a Giant Schnauzer and a Standard Poodle are crossed, this will be a large, active, athletic dog who may well guard, be territorial and be best suited to experienced owners. A Toy Poodle crossed with a Miniature Schnauzer however will in all likelihood produce a bouncy, happy, very talkative companion dog who will be highly bonded to their owner and will enjoy long walks or nights on the sofa equally!

The personality of a Schnoodle seems to be more consistent when they are first crosses (F1). As a line is successively bred, they can be either bred back to one of the original breeds (and so strengthen either the Schnauzer or the Poodle personalities) or be bred to another Schnoodle - in which case there is less predictability in temperament (and in-breeding becomes more of a potential issue). 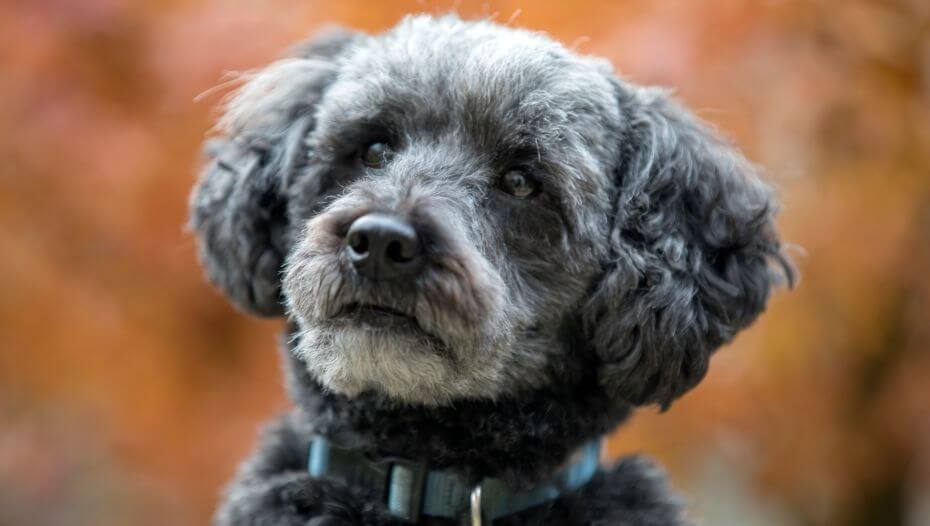 The Schnoodle is a fairly new and still rare crossbreed in the UK. Created in the US during the 1980s, the goal was to design a friendly, low-shedding dog breed, that would fit in with family life.

The two breeds that go into the formation of the Schnoodle are the Schnauzer and the Poodle.

The original Schnauzer is the Standard size, and while it is known as the Mittelschnauzer in its homeland to distinguish it from the Miniature and the Giant, it is more usually just referred to as the Schnauzer.

The Schnauzer has been a working farm dog in Germany since at least the 14th century where it took the role of a fearless terrier largely employed to kill vermin. But they could also turn their paw to flock-guarding, property guarding and cattle driving.

The ancestry of the Miniature Schnauzer is not quite so clear, although we know it dates from the end of the 19th century. It is commonly believed that the Schnauzer was crossed with the Affenpinscher to create this miniaturisation, but there are also experts convinced that Miniature Poodles, Pomeranians, Scottish Terriers and Miniature Pinchers could have contributed to the breed. The original idea was to produce a smaller vermin killer but they soon became better known as companion dogs.

The Giant Schnauzer however was created by farmers wanting a much stronger working dog to work mostly as a cattle drover and a guard dog. The original Schnauzer was crossed with breeds such as the Rottweiler, the Great Dane and the Bouvier des Flanders - as well as with local herding dogs.

The original Poodle is the Standard Poodle, a water retrieving dog. Their unusual haircuts were not about fashion, but rather a way for owners to make sure their dogs didn’t get waterlogged and become too heavy to swim easily in lakes. While keeping the vital organs and joints protected, much of the rest of their hair was shaved off. The Miniature and Toy Poodles were created purely as smaller versions of the original Poodle for owners who didn’t want such a large dog but were enchanted by their personalities and enthusiasm for all kinds of work.

The Schnoodle can have any combination of the two breeds in their size, appearance, behaviour and temperament.

Poodle - eye tests and hip scoring should be done

Information on health tests for both breeds can be found on the Kennel Club’s website and via their respective breed clubs.

Both the breeds that make up the Schnoodle are active and enjoy exercise and will be happy with up to two hours every day (less for smaller Schnoodles). They will enjoy games, training, interactive toys and being involved in all family activities.

This cross can be noisy - especially if bored or left for long periods of time.

Giant Schnauzer crosses need early and ongoing dog socialisation. They may be suspicious of strangers (human and canine) and can become territorial.

If bored, chewing and destructive behaviour can become an issue.

This depends on the size of dogs used in this cross. The Smaller Schnoodles can live in a flat or a small house and as long as they have access to outdoors for toileting and exercise (and as long as neighbours don’t mind noise!) they’ll be happy. Whereas the larger ones need a much bigger living space, a well-fenced garden and access to long walks.

The Schnoodle diet needs to have the right balance of all the main nutrient groups including a constant supply of fresh water. It's important to conduct regular body condition scores to ensure you keep your dog in ideal shape and remember to feed him at least twice daily and in accordance with the dog feeding guidelines of his particular food.

Poodles do not shed (or shed minimally) but they do need trimming, whereas the Schnauzer does shed slightly but far less than the majority of breeds.

Find a good local groomer who can either look after your Schnoodle’s coat - especially if they need trimming or clipping - or teach you how to do it yourself as their coat develops.

This is a very active dog who is smart, busy and who will need dog training early on. They are a joy to train as both the breeds are intelligent and love working with their owner, but they will learn bad habits as quickly as good ones so reward-based training should start early and be ongoing.

Smaller Schnoodles will enjoy agility and even heelwork to music, while larger ones can excel in obedience classes and do need training to ensure they are happy around other dogs and people, walk calmly on a lead and have a good recall. Early and ongoing socialisation is important.

Toy Poodles can be quite sensitive and any rough handling or raised voices can worry them greatl. Therefore, all training and handling should, as always, be positive and reward-based.

It is important to train a Schnoodle to enjoy handling and grooming (as they will need a lot of it).

The Schnoodle can make a fabulous family dog who will enjoy all family activities, but make sure you choose your breeder and your puppy wisely.

Labradoodles make great therapy dogs. Their warm personality is often a match for people with autism or physical disabilities.